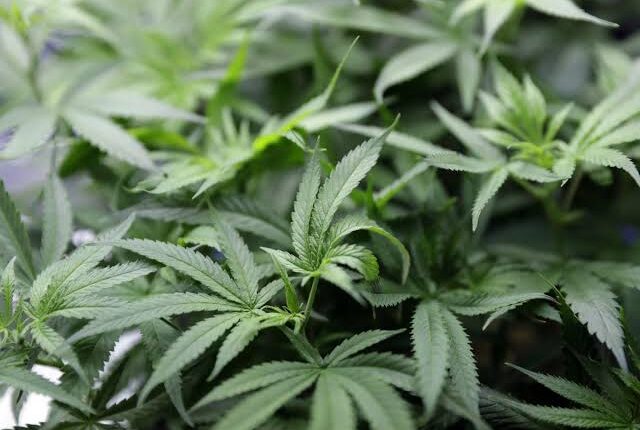 …But On June 26, the UN International Day Against Drug Abuse and Illicit Trafficking, the Chairman/Chief Executive of the National Drug Law Enforcement Agency, NDLEA, Brig. Gen. Mohamed Buba Marwa, in no uncertain terms, warned that Nigeria runs the risk of becoming a nation of junkies if the government legalises cannabis.

He merely stated the obvious because Nigeria already
has an acute cannabis problem. With at least 10.6 million of the country’s population abusing an illicit substance, Nigeria holds an unenviable record as the country with the highest number of cannabis abusers.

This fact has a tincture of irony: a country where cannabis is outlawed but has more people using cannabis than in countries where the substance is legalised. What’s worse, Nigerians do not use cannabis for therapeutic or religious purposes. The use is purely recreational.

“There is no plant in the forest that has no medicinal value. Even the World Health Organization agreed cannabis has medicinal value but still considered it a very harmful drug. It is the most abused of all the drugs, not just because it’s available, but also because it’s very cheap. You can even grow it in your room.

So, its medicinal or commercial value notwithstanding, the impact of cannabis on public health is huge.”

He further points out that countries allowing regulated growth of cannabis for commercial purposes are cultivating the variant with little or no tetrahydrocannabinol.

“Just the way cassava leaves look similar, cannabis leaves with tetrahydrocannabinol and the ones without it, are alike. Many countries, including developed countries, cannot still make a distinction by merely looking at the leaves. So the best thing to do it, to stay safe, is to not go near it,” he stresses.

As to the global status of cannabis as a psychotropic substance, he clarifies: “The UN Commission on Narcotic Drugs, move cannabis from Schedule 4 to Schedule 1, where it will be made available for research purposes and medicinal use, but countries still have the right to maintain strict control over cannabis.”

Indeed, when in December 2019, the 53-member UN Commission on Narcotic Drugs voted to delete cannabis from Schedule 4 (Prescription Only Medicine), nine of the 11 African members, including Nigeria, had voted against it. Nonetheless, it remains under Schedule 1 (drugs with no currently accepted medical use and a high potential for abuse) and therefore still under strict international control.

The NDLEA secretary finds the argument about the economic value of cannabis rather galling: “Here in Nigeria, the focus is on the commercial value of cannabis. What commercial value are we looking at? Money at the expense of the health of citizens?”
For him, there is a need for discretion in the utterances of cannabis advocates, some of whom are in high offices. Unbridled statements on their part could be misconstrued by gullible youths as an endorsement of an illegal act, he cautions. “This is important because cannabis is still illegal,” Haruna stresses.

“My understanding of the proposal is basically to legalise the production of cannabis in a very controlled manner, in order to commercialise it for medical and scientific use. As far as I understand it, it would not contradict and would be possible under the international drug control framework,” observes Stolpe.

The critical issue, however, he says, borders on the country’s capability to regulate access, distribution, and production of cannabis.

Stolpe reflects: “We should never forget that in Nigeria, the second biggest drug being used are medical products that are theoretically regulated in terms of access, that should not be accessible without prescription. We should keep that in mind because that means this is probably also going to happen when we are legalising the production of cannabis, that we will have trouble controlling the production process; we will have trouble at preventing diversion into illegal markets and as a result, regulatory and control gap is likely to occur. We should be very cautious going forward with such legislative intervention.”

The health implications of the use of cannabis, he also stresses, “should also be taken into account before any move dealing with cannabis cultivation.”