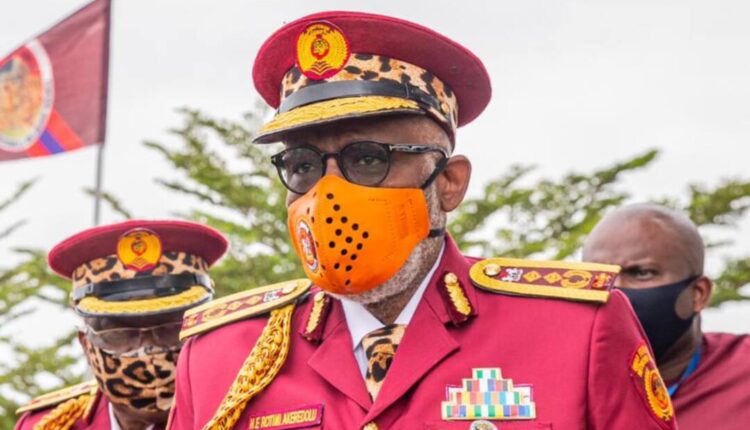 Barely twenty-four hours after Ondo State Governor, Oluwarotimi Akeredolu, condemned withdrawals of troops deployed by the Nigerian Army to Correctional Centers across the state, the governor has deployed other security agencies, including the State Security Network Agency, also known as Amotekun to fortify security across the facilities.

Other security agencies deployed to manned the facilities and prevent cases of jailbreaks and armed men invasion include men of the Nigerian Police Force (NPF), the Nigeria Security and Civil Defence Corps (NSCDC).

Confirming the deployment on Thursday while briefing journalists, the Ondo State Amotekun Commander, Akogun Adeleye, following the alarm raised by the governor yesterday on possibility of soldiers withdrawal to bring about another case of jailbreak, he had to make use of other internal security agencies to protect the inmates and the facilities.

According to him, you will agree with me that the correctional centres are Federal Government’s physical assets, and it is the responsibility of the mother security agencies to provide security for the facilities.

“As soon as that incident (soldiers withdrawal) happened, the police and the NSCDC immediately deployed their men to all the correctional centres. Because of our knowledge of the local intelligence, men of the Amotekun were also directed by the governor to join the sister security agencies to ensure that there is no vacuum.

“As we talk now, all the correctional centres in the state are being manned by the officers and men of the police, NSCDC, and the Amotekun.”

“First we want to give kudos to the people of the state for their support in terms of quality and timely information, upon which we respond and act upon all their distress calls. We are also telling them that security should not be left with the security agencies alone.”

“They should expose the criminals among them. We will continue to treat all information received with utmost confidence, in such a way that the source of the information would never be disclosed,” he declared.

It would be recalled that Akeredolu had yesterday wondered why the Chief of Army Staff would withdraw soldiers stationed at the correctional centers owned by the Federal Government and redeploy them elsewhere for security operations in the country.

JUST IN: Lagos Govt. may reopen Dowen College on conditions