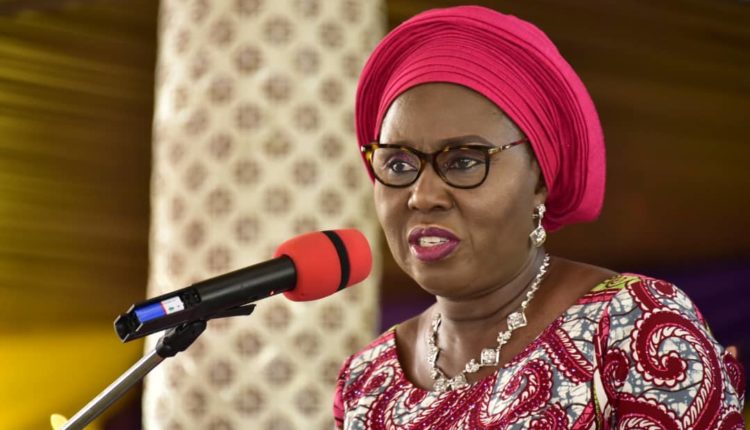 Share
By Olawale Abdul-Fatah
The wife of Ondo State Governor, Betty Anyanwu- Akeredolu, has attributed the societal imbalance in Nigeria on men’s continued abdication of their responsibility in child upbringing.
Anyanwu- Akeredolu, who described childcare as a joint task in order to have a peaceful society, lamented that several men in the country abandon the responsibility of training children to their wives alone.
She stated these while declaring open the 2019 Family Conference organised by the Blissful Home Initiative in Ijapo Estate Akure, lamenting that the increasing number of single-parenting in Nigeria, saying mothers were over-burdened with the task of raising children alone.
According to her, many men are absentee fathers which was the reason we live in an imbalanced and unprosperous society due to the absence of healthy families.
She emphasised the need for a progressive society where there is mutual respect and genuine love in the family, noting that for a man to respect and value his wife doesn’t mean he is weak.
” I always leverage on my position as the First Lady to promote a healthy family where both parents are actively involved in the care and development of their kids.
“As one of our activities in this regard, we included a family game that requires the participation of the father, mother and their toddler in the 2nd FOWOSO Summit scheduled to hold on the 4th and 5th of December, 2019”. She added.
Akeredolu disclosed that the family game known as Crawlers’ competition was aimed at strengthening the bond between both parents and their kids.
She said: “In preparation for the event, my team went to all the local governments in Ondo State to select families that will participate in the crawlers’ race. Their visit to the local governments has really shown that most men are unconcerned in the care and development of their children”.
She was hopeful that the competition would expose the dysfunctional and lack of love and affection within families, describing the theme of the conference, ‘Conjugal Bliss: A Panacea for Peaceful Societal Peace’ as instructive, while charging men to man-up and show true love to their wives to jointly care for the children.
She commended the Convener of the conference, the Chairman of the State Christian Association of Nigeria, CAN, Rev. John Ayo-Oladapo and his wife, Esther, for promoting good family values through the programme for the past nine years.
In his welcome address, Rev. Ayo-Oladapo said: “It is not difficult for you to identify with what promotes the well-being of the people. Thank you for the good work you are doing in the state that has been putting smiles on the faces of many families in the state, programmes like BEMORE for training of Secondary school girls on ICT and Solar technology, FOWOSO which promotes empowerment of women and BRECAN that is galvanising action against cancer in Nigeria”. He said.
The founder of Blissful Home Initiative highlighted the aims of the conference to include, to intensify the need for family and societal peace, to stand against family violence, child abuse, to pursue the well-being of vulnerables, among others.