Why the North bleeds and the people sleep 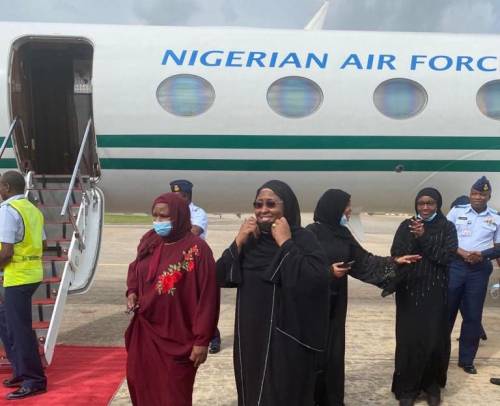 The Wife of the President, Aisha Buhari, has returned to Nigeria after allegedly spending six months in Dubai, United Arab Emirates (UAE).

As gathered, the first lady, who had quietly relocated abroad after Hanan, one of her daughters, got married last September to Muhammad Shaaban, returned on Thursday.

Since then, she has conspicuously not been involved in any government activity and only released a statement to celebrate women on the annual World Women Day on her social media account.

The Spokesperson to the First Lady, Aliyu Abdullahi, when contacted, stated that he was not aware if her boss had returned to the country or not.

It would be recalled that Abdullah had previously parried questions demanding her boss’s whereabouts during an interview on television.