S’African govt. intensify over corruption, others… 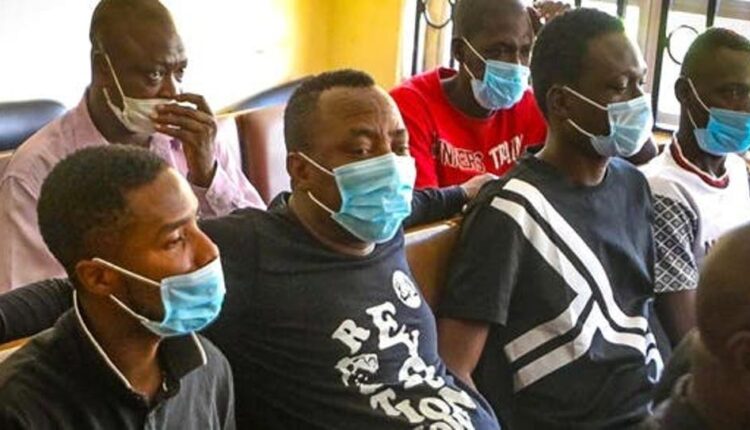 A global human rights organisation, Amnesty International (AI), has condemned Federal Government’s arrest and continued detention of #RevolutionNow movement convener, Omoyele Sowore, and four others for allegedly engaging in a demonstration during the curfew hours imposed to flatten coronavirus curve across the country.

The organisation identified the four others arrested alongside the convener as Juwon, Damilare, Kimrele, and Peter, just as it argued that the government should drop all charges against the protesters and set them free.

AI’s statement on Saturday came hours after the Nigerian Police claimed that it was unable to present the defendants before a chief magistrate court that would approve Sowore and four others’ bail from detention over unlawful assembly and breach of coronavirus safety guidelines.

The group said Sowore and others were unlawfully arrested last week for peacefully exercising their rights to freedom of assembly and expression.

It accused the Nigerian government of using delay tactics to frustrate the bail applications of the activists who have spent eight days in detention, saying, the detention is arbitrary and has shown a continued pattern of repression by the authorities.

The statement reads: “Amnesty International is appalled by the delay tactics that the Nigerian authorities are using to frustrate the bail applications of Sowore, Juwon, Damilare, Kimrele, and Peter.

“These activists were unlawfully arrested for peacefully exercising their rights to freedom of assembly and expression on 1 January 2021.

“Their arbitrary detention shows a continues pattern of repression by the Nigerian authorities. We, therefore, call for their immediate release and all charges against them dropped”.

Earlier, a police source had disclosed that the law enforcement agency could not present the defendants before the court due to technical issues including non-availability of vehicles to transport Sowore and four others to the venue.

It would be recalled that Sowore and the others were initially been remanded at Kuje correctional facility before they were moved upon request to the Federal Crime Investigative Department (FCIID) headquarters purportedly for better treatment and medical attention.

The activists were arrested on January 1 for staging a peaceful demonstration against bad governance and rising economic hardship in the country. Those who attended the crossover demonstration were about to disperse the scene when police officers, working with secret agents, stormed the venue and arrested some activists while inflicting serious physical injuries on others.