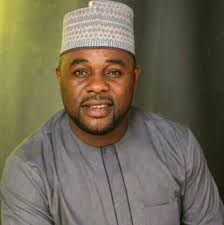 The Chairman of Agboyi-Ketu Local Government  Development Area (LCDA), Mayor Dele Osinowo, has disclosed that daily food palliative distribution has been increased to reach over 3,500 beneficiaries in the region through a move aimed at mitigating effects of the state-wide lockdown.

He revealed that the daily distribution had been decentralized to take place at 27 designated locations within the LCDA and that a mobile food drive was implemented to reach persons resident in hinterland communities of the region. 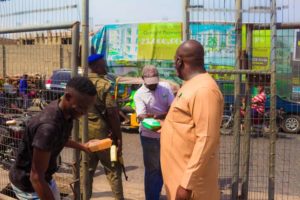 Osinowo said that the move had been in compliance with the Lagos State Government daily meal initiative and that the increase in distribution points expanded reach of the program while curbing high numbers of crowd during meal times.

The Chairman, while speaking to The Guild through his Special Assistant on Media and Publicity, Opeyemi Ahmed, on Wednesday, explained that the high population of Agboyi-Ketu LCDA had spurred the need for more distribution centers and that the existence of distant communities had also informed implementation of the mobile food drive initiative. 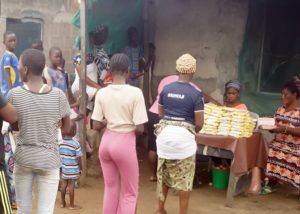 He said that the mobile feeding arm of the distribution catered to distant locations such as Araromi Quarters, Church Street and others, and that it ensured that the people benefitted from government palliatives without flouting the state’s movement restriction. 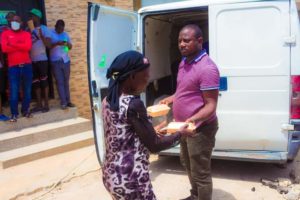 “The large number of distribution centers has made it possible for us to control crowd and ensure social distancing measures are adhered to during distribution, while our mobile food distribution drive ensures that persons who live in far areas receive the palliatives and obey the state lockdown directives”.

Osinowo assured the people of his administration’s commitment to ensuring safety and well being of its constituents and stated that there would be a continued drive to cushion effects of the lockdown orders on the region.

He urged Agboyi-Ketu residents to adopt the medically advised coronavirus preventive measures such as regular hand washing, good personal hygiene among others, and that state precautionary directives should be complied with.