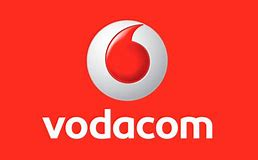 Mobile telecommunications company, Vodacom, has commenced operation of Africa’s first 5G network in various cities of South Africa and revealed that it is set to increase coverage across the country.

It disclosed that the 5G connectivity had been installed in Cape Town, Pretoria and Johannesburg regions of the nation , and that the mobile  network would aid South Africa’s efficiency in its fight against coronavirus pandemic within its borders.

The Chief Executive Officer of the telecommunications provider, Shameel Joosub, said that incidence of the global pandemic in Africa had resulted in lockdown implementations which yielded an unprecedented increase in online activity, conference meetings and web traffic.

Joosub, through a statement released on Monday, revealed that the company was poised to aid the country in its efforts against coronavirus by improving network efficiency, mitigating communications congestion and ensuring seamless connectivity on its 5G platform.

According to him, adequate management of the coronavirus pandemic needed cast and functional mobile connections, as would be provided by the company’s 5G network.

Joosub revealed that the company was set to expand its 5G roll-out to include mobile phones, routers and other connective devices, and that the company deployment of the fifth generation network would manage the 40 percent increase in mobile traffic, as well as around 250 percent surge in online traffic.

“Vodacom’s 5G launch in South Africa comes at an important time as it will help us improve our network efficiency during the COVID-19 national state of disaster,”

“This is largely due to the allocation of temporary spectrum by the Independent Communications Authority of South Africa (ICASA) which has already mitigated the network congestion we have experienced since the start of the lockdown period”.