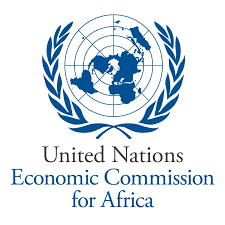 African countries have formed an alliance requesting debt relief support from world organisations such as the International Monetary Fund (IMF), World Bank and the European Union (EU) with aim to buffer negative economic effects of the deadly global coronavirus pandemic which has ravaged many countries around the world and in the continent.

They explained that global outbreak of the viral infectious disease has taken toll on world economic situations and negatively affected that of countries in Africa, and that the effects were expected to be long term, with future predictions holding bleak realities.

The United Nations Economic Commission for Africa (ECA) disclosed that the plea for debt relief was brought forward by finance ministers of countries across the African continent, and that each had solicited for effective debt relief plans to succour economic challenges faced by their nations.

In a statement released to newsmen, the commission said that the ministers, who held meeting via video conference, had requested that the IMF, EU and World Bank should consider debt relief and interest forbearance for a two or three year period with aim to grant aid to the continent’s fight against coronavirus.

According to the ECA, they also requested for the development partner bodies to create a special purpose vehicle (SPV) to help resolution of national debt obligations  being held by each country, holding that support from the organisations were key in economic growth and development of their nations.

How Lagos Govt. discover 15 coronavirus cases inside vessel at port

Lockdown over coronavirus is sacrifice we must endure- Lawmaker