Police turns away bandits after rescuing 11 abductees in…

JUST IN: Lagos Govt. beefs up security around mosques,… 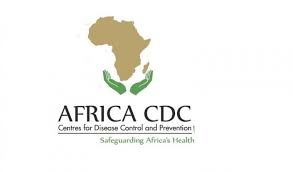 The Africa Centre for Disease Control (Africa CDC) has refuted Tanzania’s claims of faulty coronavirus tests being administered in the country, saying that all the imported kits had been certified to give accurate results.

It said that the Tanzanian President, John Magufuli’s, claims that coronavirus tests were returned positive for a goat, pawpaw, and sheep would be investigated but assured African countries that the fault was not with the imported Covid-19 test kits.

The Head of the Africa CDC, John Nkengasong, while speaking to newsmen on Thursday, recalled that the coronavirus kits had been supplied to African nations as part of the relief items donated by the Jack Ma Foundation and said that the tests had proven to be accurate during use in other countries.

Nkengasong reiterated that the center was certain of the quality of the distributed Covid-19 tests and stated that the kits which were being used in Tanzania were not faulty as had been claimed.

In his response to the Africa CDC, the Spokesperson for the Tanzanian Government, Hassan Abbas, disclosed that the president had constituted a team of investigative experts who were mandated to examine the laboratory and determine the reason behind the false-positive results being received.

According to Abbas, the team would publicize the details of the inquiry and make available its findings to the people.

“We have formed a team of experts to examine the lab, details will come out after they finalize investigation”, he said.