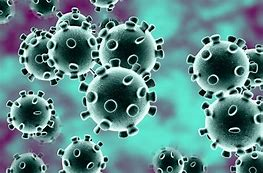 The Africa Centre for Disease Control (CDC) has predicted that there would be an increase in numbers of coronavirus cases which would be confirmed in the continent during next coming weeks, saying that the rise would likely be as a result of consistent under-reporting of coronavirus figures by the continent’s countries.

It explained that African countries have had possible cases go undetected and that such mistakes could cost the nations dearly due to a sudden high influx of confirmed cases  which would come as result of further spread of the highly infectious disease by the undetected infection carriers.

The Director, Africa CDC, John Nkengasong, said that due to failures of identification, testing and proper contact tracing, some coronavirus patients had slipped through the cracks, and that such people posed a great risk of rapid spread of the highly contagious novel virus amongst the continent’s teeming population.

Nkengasong stated that the CDC therefore expected the pandemic situation in Africa to get worse within a short while, but that it also expected that the disease would peak and then get better among the affected African countries.

Speaking to pressmen on Thursday in Ethiopia, he reiterated that affected countries were advised to put in more effort and plan for increased incidence of the deadly viral pandemic, saying that most of the measures which had been put in place by African countries were good, but largely inadequate to fully forstall the infection.

The CDC head explained that measures such as flight restrictions and country lock-downs, which seemed popular among African governments, were not long term processes which could serve the purpose of curbing entrance or spread of the virus, and added that travel bans could only delay disease incidence but not stop it from happening.

Nkengasong expressed optimism that the continent would successfully overcome the global pandemic threat, however stressed that such could only be possible if governments took proactive measures to identify and isolate patients quickly, as well as conduct proper contact tracing and treatment protocols.

He added that the CDC, in partnership with companies such as Abbott, Roche Diagnostics and GeneXpert, was poised to make coronavirus testing kits more available for use in all African countries, saying that the key to overcoming the global pandemic was in quick and accurate diagnosis.

The CDC boss urged all African governments to step up their health care and monitoring protocols, and that they should get prepared for the long haul, as adequate preparation was necessary to overcome the virulent global pandemic.

“We are picking some people but we are also missing some people. The situation will get worse before it gets better because the chances are clear that people are coming in and they are slipping through and we are not picking them. It is very likely,”

“Governments will have to put in more efforts in testing, identification, quarantine, treatment and most important of all, contact tracing,”

“More testing kits will soon be available. We have now three companies that are now producing commercially available tests. We have received 2000 tests from China and we have since passed that on to supporting countries. We are expecting to receive another 10,000 tests from China, hopefully next week”.