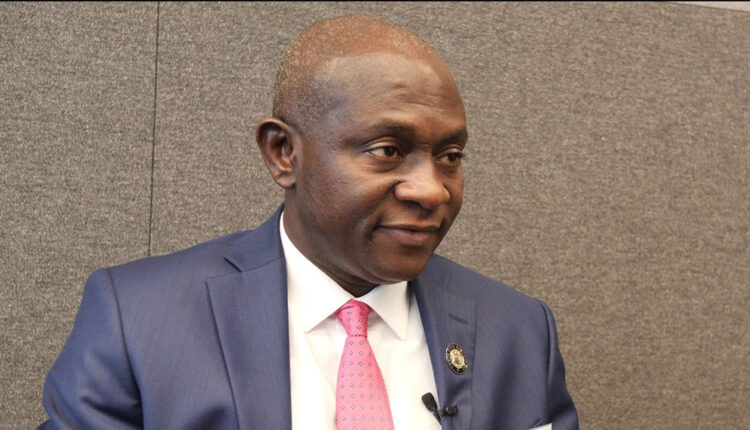 The division rocking the national body of the Yoruba socio-political group, Afenifere, with the Lagos State branch of the group endorsing the governorship candidate of the BOOT Party, Wale Oluwo, who remains an ally of the former governor, Akinwunmi Ambode, in the state.

It said that rather than endorse the State Governor, Babajide Sanwo-Olu, who is also the All Progressives Congress (APC) gubernatorial candidate in the state, the group has decided to endorse Oluwo, who they believe through him the group would end the grip of the APC presidential candidate, Bola Tinubu’s dominance in Lagos.

Afenifere chairman in Lagos, Tunde Onakoya, on Wednesday announced the endorsement on Wednesday during the unveiling of the Wale Oluwo Campaign Organisation in the Anthony area of Lagos.

Onakoya said: “For us, we have been in politics for many years. The present presidential candidate of the APC (Tinubu) used to be a member of Afenifere, he came from the US (United States) and joined us and we know how much Afenifere contributed to raising him.

“He has left us and has not replenished what he got from us. It is through Mr Oluwo that we are going to conquer him,” the Afenifere chieftain stated.

Also, another Afenifere chieftain who also doubles as the director general of Oluwo campaign, Lanre Anjolaiya, said the group remains committed to the presidential bid of Labour Party’s Peter Obi but Afenifere will support Oluwo for the 2023 governorship election in Lagos.

Oluwo, a long-term ally of ex-governor of Lagos, Akinwunmi Ambode dumped the APC after he protested exclusion from the party’s governorship primary on May 26, 2022. He later joined the BOOT Party and emerged as the governorship candidate in Lagos.

Oluwo, a former Commissioner for Energy and Mineral Resources during the Ambode administration, vowed to challenge Governor Babajide Sanwo-Olu’s re-election bid in 2023.

Addressing the gathering after the endorsement, Oluwo said he already had the BOOT Party as a “backup plan” before the APC governorship primary at the Mobolaji Johnson Arena in May because he knew the “antics” of the ruling party.

He said, “I am proudly Afenifere and I believe in the time-tested ethos and programmes of Afenifere, enunciated by Chief Obafemi Awolowo and his subsequent successors under the philosophical caption of ‘Freedom for all and life more abundant.”

Oluwo vowed to “return the wealth of Lagos back to the people of Lagos” and “birth a fairer Lagos that creates an opportunity for all, not just a few”, and “reposition Lagos as an investment destination that is globally competitive”, amongst others.

The BOOT Party governorship candidate said his campaign manifesto will be released in the coming weeks. He also launched the party’s “solution series” which he said would tackle some of the major challenges of energy, and transportation, amongst others facing Lagosians.