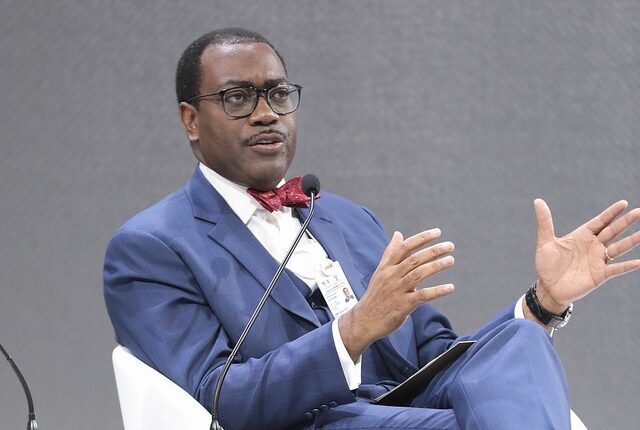 The African Development Bank (AfDB) President, Dr Akinwunmi Adesina, has assured that the 430 million dollars highway project linking Enugu to Bamenda in Cameroon would be completed this year, saying the project would transform trade opportunities between the two countries.

Aside from the project, he disclosed that the bank was also working assiduously with the ECOWAS Commission to finalize feasibility studies for the Abidjan-Lagos corridor by the end of 2021.

Addressing the 59th Ordinary Session of the ECOWAS Authority of Heads of State and Government in Ghana during the weekend, the former Nigerian Minister of Agriculture noted that the corridor construction project was expected to commence within 24 months.

Adesina said that the 430 million dollar highway project linking Enugu to Bamenda in Cameroon and the Abidjan-Lagos corridor was part of its investments in West Africa which currently stood at 16 billion dollars.

The bank’s president said that the highway would link 85 per cent of the trade volume in ECOWAS through the corridor. Adesina, who pointed out that AfDB was investing massively in West Africa, said that the total active portfolio of the bank in West Africa currently stood at 16 billion dollars.

According to him, the bank’s support for infrastructure in the ECOWAS region has doubled over the past five years, increasing from two billion dollars in 2015 to four billion dollars.

“While I can list several projects in every country, let me just mention a few critical regional infrastructures. The Senegambia Bridge is rapidly facilitating trade between Senegal and The Gambia.

“Our financing helped to double the capacity of the Lome container port in Togo, which is critical for regional transport and logistics. The Bamako to San Pedro corridor has helped to expand trade between Côte d’Ivoire and Mali by 34 per cent, while reducing transit time at the border from 24 hours to just two hours.

“The 303km road linking Ouagadougou and Lome has reduced travel time from six days to just two days. Our 650 million dollars financing for the transport corridors linking Sierra Leone, Guinea, and Liberia will impact on economic opportunities for 51 million people. I am pleased that this year, the bank will provide 105 million dollars financing for the road linking Guinea-Bissau and Senegal,’’ he said.

Adesina further said that the 20 billion dollar Desert-to-Power programme on energy would develop 10,000 MW of solar power to light up the Sahel and provide access to electricity for 250 million people.

“This project will make the Sahel the largest solar zone in the world. Right here in Ghana, the bank’s financing of 120 million dollar for the new terminal at Kokota International Airport is having huge impacts on regional transport and freight movements. With the new terminal, freight handling has expanded by 30 per cent,’’ Adesina said.

He added that the bank provided 4.5 million dollars for the establishment of the African Continental Free Trade Area Secretariat in Accra, to further support regional trade in the continent.

While recalling the effects of Covid-19 on the continent, the AfDB boss said that the bank launched a 10 billion dollars facility to support African countries navigate through the challenging times posed by the pandemic.

FG may ban commercial motorcyclists, miners from operating across Nigeria