What Igbos must do to produce next president of… 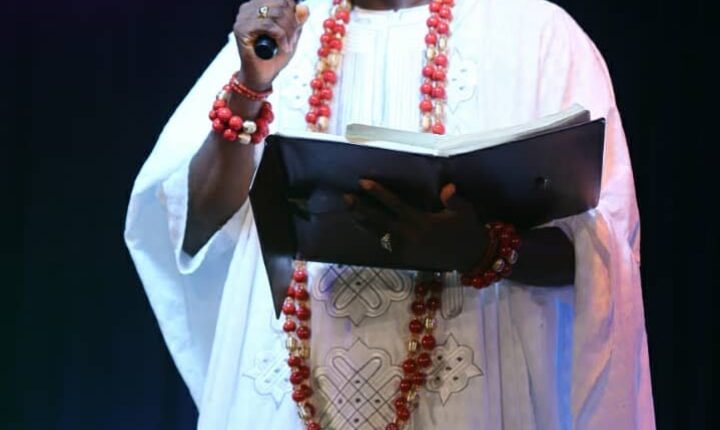 Other artistes expected to display their skills during the praise event tagged: “The Lord Reigneth”, were: Hadassah, Shola Joshua, Dewoley, African Praise Apostle, Oyin Davies, Josh Vocalz and others, expected to thrill guest at the sixth edition of the event.

As gathered, this year’s event is organised by the Oba Adewunmi Evangelical Movement in conjunction with Aiyetoro-Budo Interdenominational Mass Choir, while Apostle David Ayeni has been picked as the cleric for the concert.

The event, which affords everyone particularly gospel music lovers, the opportunity to get entertained would hold within the compound of the Onibudo of Aiyetoro-Budo, Adewunmi Odutala, along Aiyetoro-Budo, Itele Road, Ogun State next month, December 3.

Speaking on the concert, Odutala assured anyone attending the concert that they would be thrilled and that the event would mark a turning point in their lives.

He said: “This has been our tradition every year to invite gospel music stars to thrill members of our community. Definitely our guests will have a wonderful time. The only festival that we have in Aiyetoro-Budo is to praise God every year. I wish I could do it more than once a year, but it requires huge amount of money”.

The monarch disclosed that previously, his household worshipped idols, but that his father changed the narrative and ended traditional worship and inculcated in everyone the need to embrace Christ religion.

“As a matter of fact, God used my late father, High Chief Paul Abiodun Adeniji, to destroy the idols we used to worship in our family. We worshipped Obatala and Sango here before , but my father abolished it and started the message of Christ.

“That’s not to say I’m against anyone’s faith in my town. No, everyone is free to practise his faith without any hindrance. What you believe in is a personal thing. But this is an opportunity to preach Christ to them.

“During the Ramadan period , I fast and pray with Muslims. I also ensure that I organise for them to break their fast here. We also organise Ramadan lecture here,” he said.