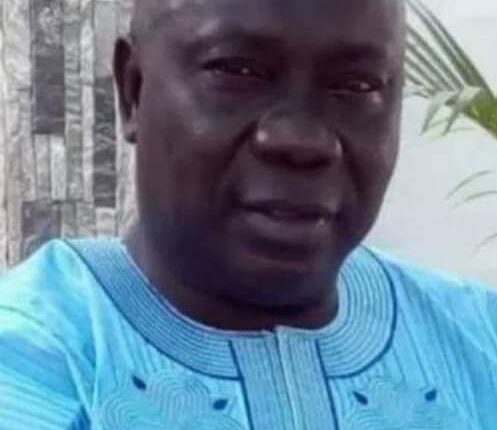 Adeola Soetan was a staff of the Nigeria Television Authority, NTA, Abeokuta when some young student leaders from the Obafemi Awolowo University, OAU, Ile-Ife visited the station. Cladded in black, they came in connection with the annual commemoration of the June 7, 1981 massacre of six students in Ife by the police.

The students looked so young, yet articulate and confident while being interviewed, that he decided in furthering his studies, to attend the OAU. So in 1986, he was admitted into the institution for a five -year course in Agriculture. He was aged 25.But when he got to the campus, the student union that attracted him, had been banned over protests against the student massacre at the Ahmadu Bello University, ABU.

On campus, he started writing and pasting articles why student unionism should be restored. His articles carried his name and room number. One day, two young students, Yinka Odumakin, later a national figure in Nigerian politics, and Kola Odetola visited and invited him to join a student journal,‘Ripples’. A month later, they invited him to a student seminar where he met young students discussing how to revive the student union and intelligently analysing national and international politics. That was how he joined the radical students movement.

About three months later, during the university convocation, the representative of the Visitor, Admiral Patrick Koshoni, was stoned by students protesting the trial for treason of eleven electricity senior staff who had gone on strike in protest against the neglect of their sector. Soetan was not present when this happened. He had attended an all-night social party the day before, and slept most of the day. So when Koshoni was stoned, he was sound asleep in his room. About 9.30pm, Odumakin and Odetola came to his room and asked whether he listened to the NTA Network News. No he hadn’t. So they informed him he was one of the students the university claimed to have identified stoning Koshoni and has therefore been rusticated indefinitely. He was just four months on campus!

Soetan an orphan since 19, was sponsoring himself in school with help from his sister, Rosalyn Soetan. She seemed so devastated and exclaimed: “How could you go and stone the Minister?” He replied: “ I did not stone the Minister, I was not even there.” She responded: “Ah! Iro ni”(Ah! It is a lie).

Soetan went to court to prove he was not physically present at the convocation and was not given any hearing. Also, to point out that three of the eight rusticated students were pen names, so how could the university claim people whose identity they do not know, were seen stoning the Minister? Additionally, that one of the remaining names, Seni Ajayi was served his rustication letter in Ondo whereas the person served had graduated and left the university! So, it was clearly a case of mistaken identity. Soetan lost the case but the reinvigorated student union asked the rusticated students to resume classes, and the university turned a blind eye.

In April 1990, Soetan was elected the student union President. Shortly afterwards, there were national student protests and the OAU students union was banned and the school closed down for one month.

Then there was an attempted coup in the country on April 22, 1990 and state security agents invaded the campus and abducted two lecturers, Professors Omotoye Olorode and Idowu Awopetu. In the process of spiriting the lecturers away, one of the agents in his car lagged behind, was apprehended by the students and beaten. The university authorities wanted to save the life of the security agent from the thousands of angry students, but could not persuade them, so they appealed to Soetan.

In 1991, the National association of Nigerian Students, NANS, ordered a nationwide students boycott of classes in furtherance of its demand for a N2,000 bursary for students and the right to education. When a student congress was called in OAU to mobilise for this protest, a cult group, the Black Axe posted notices decreeing: “No Rally. No protest on campus. Be warned.” When Soetan led the student congress that held in Awolowo Hall, there were disturbances.

His supporters guided him to safety in his Room 273, Awolowo Hall. Then the armed cultists smashed his door, dragged him out, broke a flower vase on his head and brought him to the ground floor. It was at that point students realised what was going on and came to his rescue. The cultists broke into a run, fleeing into the hills. But one of them ran to the bar of the Student Union Building, SUB, from where he flung bottles at the students injuring a number. The students retaliated likewise and he was severely injured. He died while being taken to the teaching hospital.

The university was closed down for two weeks. On resumption, Soetan was invited with some students to write a statement on the incident at the More Police Station, Ife. Eighteen of them were detained and later taken to police cells in Ibadan. After about one month, Soetan and three others were brought back to Ife, and amidst police-student street battles, were charged with conspiracy and murder before a magistrate court. They were remanded at the Ilesha prisons where they spent seven months (June 12, 1991-January, 1992) before the police discontinued the case.

On return to campus, Soetan was again expelled, this time for failing to register for two semesters which was impossible as he was in police cell and prison for eight months. The struggle to get him recalled went on for over two years.

Soetan, even without failing his examinations, spent 13 years in OAU for a five-year programme. He passed through four Vice Chancellors: Professor Wande Abimbola who first expelled him; Professor Adeniyi Osuntogun, the next to expel him; Professor Wale Omole, the third to expel him; and Professor Makanjuola Roger who signed his certificate. Yesterday, Sunday August 29, 2021, this indomitable fighter, turned 60.