Why Buhari is attending UN Assembly in New York – Presidency 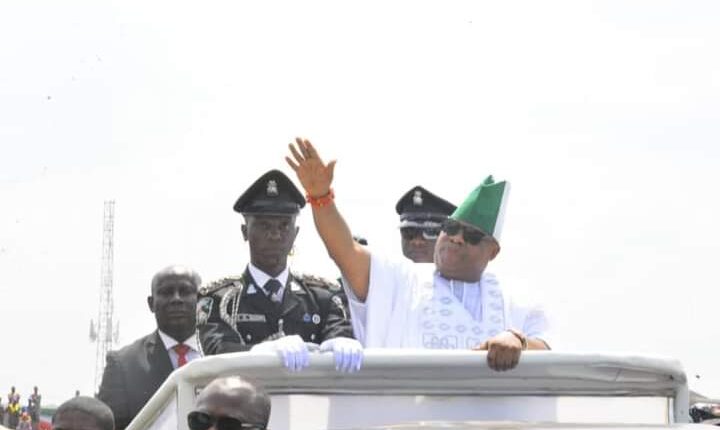 The Governor-elect for Osun State, Ademola Adeleke, and his deputy-governor-elect, Kola Adewusi, have assumed office as the sixth governor and deputy for the state after taking the oath of office, promising to fulfill their campaign manifestos to the citizens across the state.

The oaths were administered to both men by the Osun State Chief Judge, Adepele Ojo, at a well-attended event, which marked the end of the Adegboyega Oyetola administration in the state.

Adeleke came into the venue in a long convoy of vehicles at about 11:20am and completed his oath-taking at about 11:50am after his deputy also did the same.

Also at the venue were: Wife of the PDP presidential candidate, Titi Atiku, Oluwo of Iwo, Oba Abdulrasheed Akanbi, and Oyo state former governor, Rashidi Ladoja, among others.