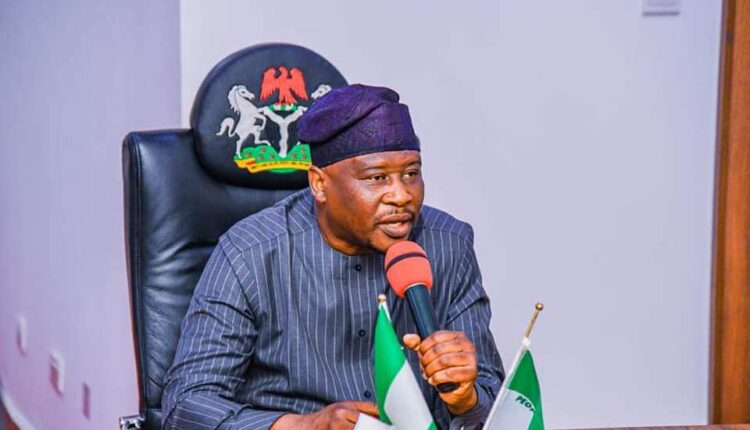 The Adamawa state governor, Ahmadu Umaru Fintiri has been adjudged by social media users as an essential fan since the inception of his administration.

The social media users have for long believe that the Governor who they otherwise refer to as the “Fresh air, ATM” is the best performing governor even beyond the North earth Zone.

This is illustrated in various infrastructure projects put in place by the government. A typical example can be across the nooks and crannies of Adamawa.

Social Media platforms have been promoting the activities of Governor Umaru Fintiri in many areas of development.

The educational system of the state has improved tremendously especially with the introduction of free and compulsory education, Feeding program, the payment of WAEC and Neco, payment of scholarship allowances to students.

The Governor in the areas of youth Employment has introduced skill acquisition project where thousands of youths, males and females, have benefited from the project. This became an issue that was widely talked about on social media.

Adamawa is a civil servant state, most people depend on salary, and since the assumption of office, the governor has been paying salaries on or before the 25th of every month promptly. He released N1.5 billion that offsetted a huge backlog of gratuity arrears by retirees.

The Adamawa State Governor, Rt.hon Ahmadu Umaru Fintiri has changed the narratives of the state. The Governor has also invested in the areas of health, infrastructure like road networks, housing facilities among others across the 21 local government areas.

These essential facilities are produced sufficiently to meet the population demand and its growth expectation as outlined in the 11 points agenda of Governor Umaru Fintiri.

These giant strides have widely been projected and promoted in social media. In fact, they have even led the governor to receive different awards from different media organizations.

Governor Fintiri has placed Adamawa on the path of becoming a megacity by the construction of the underpass, surface roads, and flyover in the state capital and environs, a developmental pattern that has widely controlled vehicular traffic in the capital city.

The social media has also been promoting activities in the health sector which Governor Fintiri has taken a priority by constructing cottage hospitals in most of the local government areas of the state.

Indeed there are negative views being propagated against the Governor by some individuals for their personal reasons, but the rate at which social media has taken Governor Fintiri has rendered those negativities obsolete and ineffective.

One other important issue about how social media promotes Governor Fintiri is the issue of security. Adamawa has turned out to become the most secured state in the north so far. Much has been identified as contributing towards security in Adamawa, part of which is the governor’s commitment to ensuring the right thing is done at the right time.

Indeed it is never an error to say that social media will for long continue to view Governor Umaru Fintiri as not only the best performing governor in Nigeria but also the most popular among activists on social media. It will certainly take a very long period of time before another governor can perform as to attract the attention of the social media as being carried out by Governor Fintiri.