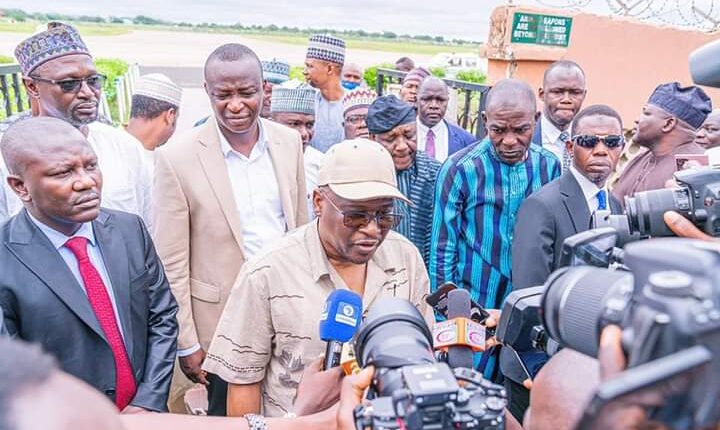 The Adamawa State Governor, Ahmadu Fintiri, has promised reunite the Presidential candidate of the the People’s Democratic Party (PDP), Atiku Abubakar and Rivers State Governor, Nyesom Wike, ahead of the 2023 general election in the country.

Fintiri said that he would ensure that all necessary steps would be taken to ensure that Atiku and Wike’s camps return as a single, united party for the prosperity of the PDP.

The governor, who was appointed Chairman of the Committee on Atiku, Wike reconciliation committee, gave the promise on Saturday on return to Yola, the state capital, from Rivers where he met with the governor.

The Adamawa governor, on the meeting in Rivers, described the trip as successful when newsmen questioned about his trip and the meeting there.

Meanwhile, the governor lamented that given the rudderlessness of the Nigerian state under theruling party, the All Progressives Congress (APC) government, stated that Nigerians would not forgive the major opposition party, if PDP fail to produce the next president.

He noted that in the interest of the party and the general success of the 2023 elections, his party is making serious efforts to bring Wike and Atiku’s camps together.

“If we are unable to elect the next president of Nigeria, rest assured that the people of that nation will not forgive us. Everything is in disarray, there is chaos everywhere, and Nigerians don’t appear to know where they are. Every morning, we wake up daily at God’s mercy”.