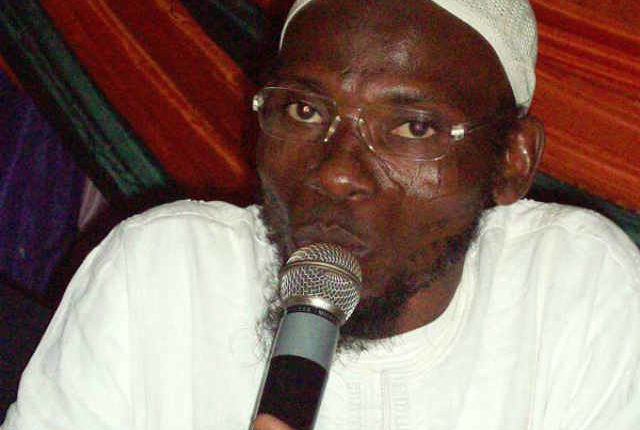 The Executive Chairman of the Centre for Human Rights and Social Justice (CHRSJ), Adeniyi Sulaiman, has decried the alleged persecution of the newly appointed Director-General of Amotekun Osun State Command, Amitolu Shittu, by members of the opposition Peoples’ Democratic Party (PDP).

He claimed that the recent calls by PDP members to stop Shittu’s appointment by the Osun State Governor, Isiaka Oyetola, was as a result of politicizing leadership of the regional security outfit and that such moves were not in the interests of the people.

Suleiman urged the Osun State PDP Chapter to stop opposing Shittu’s appointment as Amotekun DG but rather throw its weight behind the common cause of the people’s safety.

The activist, who expressed his conviction on the validity of Shittu’s appointment through a statement released on Wednesday, stated that the director-general had the requisite experience and ability to successfully lead a sensitive corps like the Amotekun.

According to Suleiman, Shittu had paid his dues and garnered experience during tenure as the former Commandant of the masses in the State, a position, which the activist described as being of higher rank than the present director-general status.

“Comrade Shittu has paid his due for the enthronement of current democracy enjoyed by many today with the total support of senior Journalists including Bishop Seun Adeoye, Otunba Gbenga Olarinoye, Prince Diran Odeyemi, Gbenga Faturoti, Commandant Hammed Abodunrin, Hammed Shittu, Fela Fashoro, Dr. Wale Folarin and host of others, during the dark days of the Military incursion into our country political firmament,”

“Though the current position of Amotekun DG belittle his(Amitolu) status as a former Commandant of the masses in the State, Amitolu accepted the position as a way to contribute his own quota to the development of the State, Southwest, and Nigeria as a whole”.

Suleiman called on the newly-appointed DG to ensure accurate and non-partisan discharge of his duties and urged the state governor, Oyetola, to ensure that Shittu’s designation was constitutionalized by the State House of Assembly and backed by law.

“I would advise Governor Oyetola to resend the Amotekun’s Law of Establishment to the State House of Assembly for amendment as a matter of urgency, to suit the appointment of the officers of the Corps by temporarily withdrawing the current appointment of Comrade Amitolu Shittu as its Director-General”.