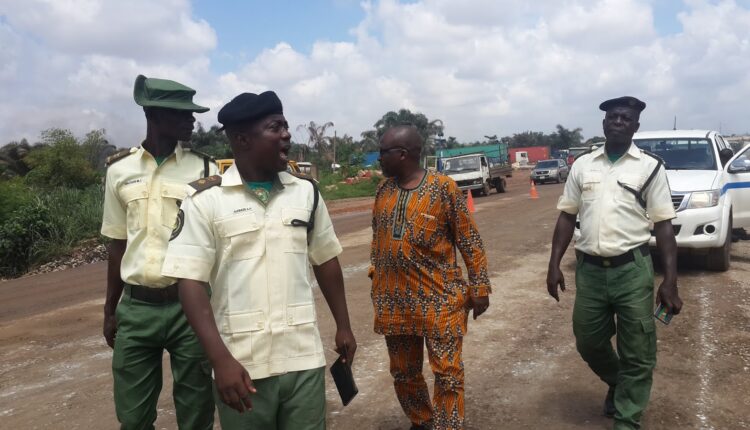 No fewer than three persons have died while one person sustained injuries after two vehicles involved in an accident at Lotto, opposite NNPC Filling Station on Lagos-Ibadan Expressway.

As gathered, an Iveco truck with registration number AAB 458 ZY was inbound Lagos when it lost control due to brakes failure and crushed a Mazda bus marked XY 660 EKY on Friday morning.

Confirming the development, the Ogun Traffic Compliance and Enforcement Corps (TRACE) said that the deceased had been deposited to a morgue while the injured passenger had been taken to hospital for proper medical attention.

Briefing newsmen in Ota on Friday, the TRACE’s Mowe/Ibafo Area Commander, Olusola Ojuoro, who cautioned motorists and truck drivers against exceeding speed limits, enjoined them on proper inspection of vehicles before putting them on the roads to avoid unnecessary loss of lives.

“The corpses of the victims have been deposited at Idera Hospital Morgue, Ogun, while the survivor was taken to an undisclosed hospital by his relative,” he said.

Ojuoro, however, commiserated with families of travelers that lost their lives and prayed to God to grant them fortitude to bear the losses.