Saudi Arabia suspends US, UK, 18 others entry over COVID-19…

Tinubu, Osinbajo and air of deception 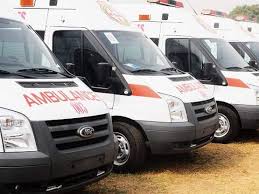 The Guild gathered that the victims were standing alongside other commuters at the bus stop when the car rammed into the area and crushed them to death.

An eyewitness said the victims died on the spot

Confirming the incident, Lagos State Emergency Management Agency (LASEMA) said the accident occurred on Tuesday morning, adding that the distress call from the science of the accident was through Lagos emergency toll-free lines, with a prompt response from personnel of  Lagos State Ambulance Service (LASAMBUS).

LASEMA’s Public Relations Officer, Nosa Okunbor, in a terse statement on Tuesday said the agency had limited details on the accident as the response was not coordinated by its personnel.

“Indeed, an accident occurred earlier this morning at Ogudu that left a few people dead.

“However, the distress call was a call escalated through the 767/112 Lagos emergency toll-free lines and was attended to by LASAMBUS. Therefore, LASEMA does not have a report or statement on it.”