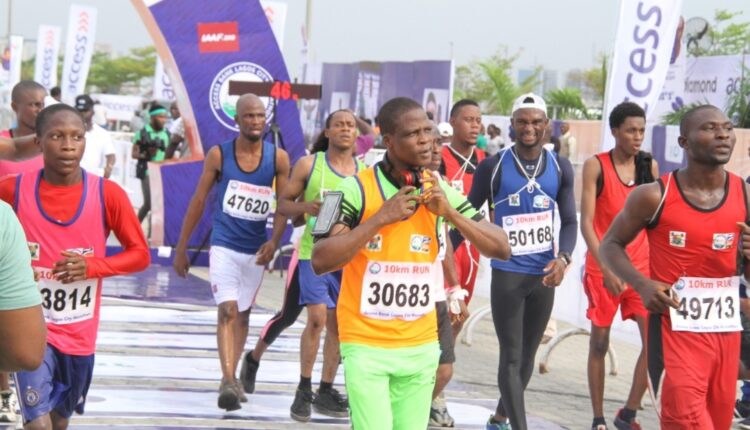 The Access Bank annual Lagos City Marathon earlier scheduled to  hold on February 13,  has been postponed to April 10.

The Project Consultant of the race, Bukola Olopade, said this in a statement in Lagos, yesterday. The postponement , according to him, was a s a result of the second wave of COVID-19  pandemic currently affecting Nigeria and  many other countries.

Olopade said: “On behalf of our Host City, Lagos, the Center of Excellence, our Headline Sponsor, Access Bank and other partners and sponsors, we sincerely apologized for having to postpone our race from Feb. 13 to April 10.

“This is because of the second wave of the Coronavirus pandemic, which has forced the cancellation or postponement of sporting events worldwide, especially mass participation events like marathons and road races.

“The Access Bank Lagos City Marathon organisers and sponsors had put machineries in place to go ahead with the race on Feb. 13, especially all the COVID-19 protocols set by the World Athletics body.

“We also got the approval of all the government agencies including the Lagos State Safety Commission which approved an elite only race,” he said.

Olopade said the Minister of Youth and Sports, Sunday Dare had also approved Feb. 13 for the race.

“But on second thought, as responsible corporate citizens, it was agreed that the race should be moved since most organisations are on lock-down till end of February.

“Also with the prediction that by March, we would be experiencing a downward trend in the number of infections and vaccine would be available.

“The Organisers of the Access Bank Lagos City Marathon are inundated with calls from Athletics Federations around the world and elite runners who wanted to qualify for the Tokyo 2020 Olympic Games in Lagos.

“Since the Access Bank Lagos City Marathon has been approved as Olympic Games qualifier by the International Olympics Committee (IOC) and the World Athletics,” he said.

Olopade thanked federations and elite runners worldwide who had chosen the race to qualify for the Olympics in Tokyo.

“Our new date of April 10 still falls within the IOC deadline as runners have till May 31 to qualify for the Olympic Games.

“However, the decision to accommodate 10km family and fun runners or not will be in the hands of the technical and medical personnel working with the Access Bank Lagos City Marathon.

“We have seen the benefits of running that Access Bank Lagos City Marathon has revived in Lagos and Nigeria, especially the health benefits.

“The 10km race is for the people and as Project Consultant, I love to see thousands coming for our race but runners’ health is paramount,” he said.