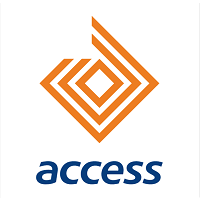 Management of Access Bank Plc, in partnership with the richest man in Africa, Aliko Dangote, have revealed that they are set to provide 1000-bed coronavirus treatment and isolation centers nationwide, with aim to aid the Federal Government in its fight against the deadly global pandemic which has struck Nigeria and has since recorded leaps in figures of confirmed incidence.

The financial institution explained that the move was in cognizance with its management stance on matters of corporate social responsibility, and that teaming up with foremost philanthropist, Dangote, was in order to properly facilitate building, organisation and setting up of the intended health care facilities.

Speaking through a statement released to pressmen on Thursday, the bank management revealed that the 1000-bed facilities would be opened in various states and cities around the country, and that they would be handed  over to relevant health authorities for use in management of coronavirus cases as they arise.

It added that the hospital facilities would include Chinese medical experts, training centers, isolation centers and 1000 bed capacity for treatment and care of the novel viral pandemic cases, and that it was expected that such would afford Nigerian medical experts much needed space and materials necessary in combatting the disease in the country.

According to the financial institution, it was in best interests of the country to make adequate preparations ahead of possible spike in incidence cases so that existing health care aparatus would not be overwhelmed by the infectious disease in event that its incidence should rise further.

Access bank assured Nigerians that the 1000-bed institutions woud be ready and available for use within a few weeks, and expressed hopes that the country would gain control over the viral pandemic as soon as possible.