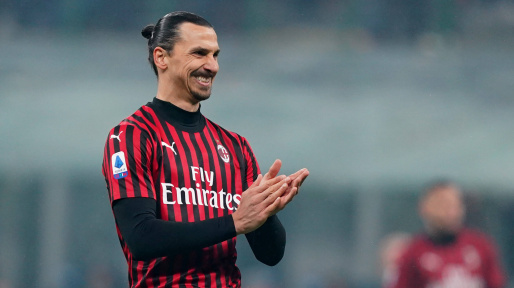 The Italian football giant, Ac Milan, has confirmed that its striker, Zlatan Ibrahimović, has tested positive for coronavirus and that he had been placed under compulsory isolation.

The team explained that the forward’s result returned positive after the second round of swab tests carried out on the player hours before Milan are due to take on Norwegian side FK Bodo/Glimt in the Europa League third qualifying round on Thursday.

The Italian team said that following his positive result, other team members and staff had undergone coronavirus tests and their results returned negative.

Through a statement on the club’s official website, the team revealed that relevant authorities and the player has been promptly placed in quarantine at home.

“Zlatan Ibrahimović has tested positive for Covid-19 following a second round of swab tests ahead of tonight’s game against Bodø/Glimt. The Club has informed the relevant authorities and the player has been promptly placed in quarantine at home. All other team members and staff have tested negative,” the statement said.