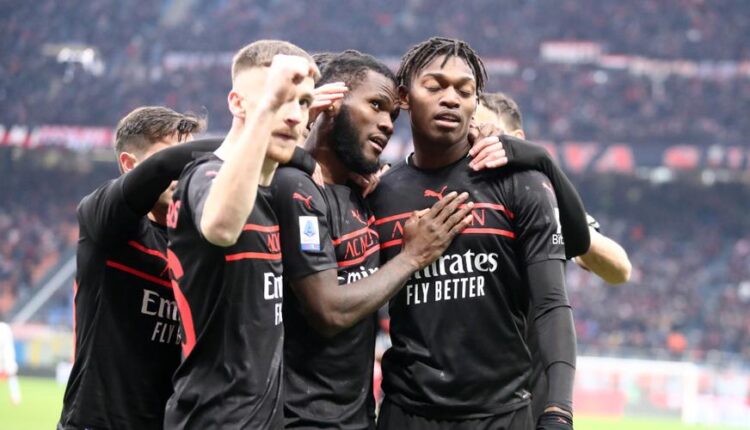 The Italian football giant, AC Milan, has overtaken their city rival and defending champion, Inter Milan, on the Serie A table after defeating Salernitana 2-0 during their week 16 encounter.

After winning the match which catapulted them to the league summit, the players, meanwhile, paid tribute to their colleague, Simon Kjaer, an injured defender who was not expected to play again this season, following after suffering a knee injury.

Five minutes into the encounter on Saturday, Ivory Coast midfielder, Franck Kessie, put Milan ahead with a low shot after a fine run from Rafael Leao, before Alexis Saelemaekers curled in a second.

Milan’s win takes them above Napoli, who lost 3-2 to Atalanta at home during the evening game and remained on 36 points as against AC Milan’s 38 points after 16 games.

Milan has been Italian champions 18 times but not since 2010-11 and this victory means they have won 12 of 16 league games this season.

Meanwhile, after Saelemaekers’ goal, he ran to the bench and held up Kjaer’s shirt, and paid tribute to the player that was instrumental in saving his fellow Danish team-mate, Christian Eriksen’s life in the summer.

He was injured after four minutes of Milan’s 3-0 win over Genoa on Wednesday and is expected to be out for at least six months.

A statement from Milan yesterday read: “Simon Kjaer underwent arthroscopic surgery today to reconstruct the anterior cruciate ligament and reinsert the medial collateral ligament in his left knee. The operation, which was carried out at the Casa di Cura La Madonnina clinic, was a perfect success.”

On Monday, Kjaer, 32, attended the Ballon d’Or ceremony, where he was named the 18th best player of 2021 and received a round of applause and praise from host Didier Drogba.

During Denmark’s match against Finland in the summer’s Euro 2020, Eriksen, 29, suffered a cardiac arrest on the pitch with Kjaer starting the CPR process that helped save his team-mate’s life.