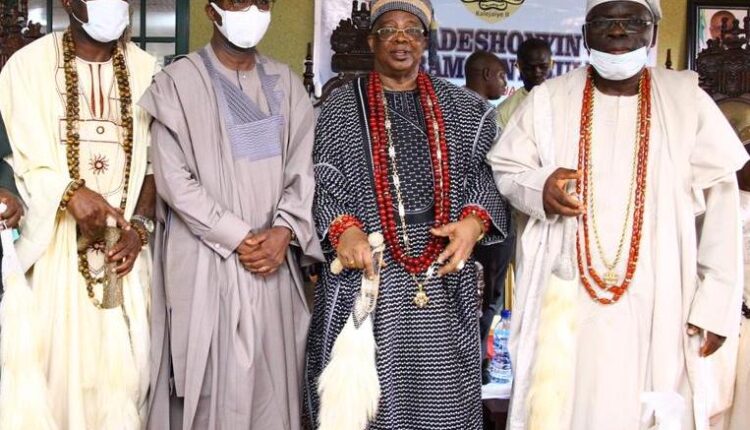 As part of the strategy to ensure All Progressives Congress (APC) win the Lagos East senatorial bye-election, the party’s candidate, Tokunbo Abiru, has met with APC leaders, appealing that the party adopt strategies that would convince the over one million registered electorate in the constituency to vote for the party in the next bye-election.

Abiru appealed to the party faithfuls and leaders that convincing the over one million registered voters in the senatorial district would prove the voting strength of Lagos State to the entire country.

The candidate, who was a former Commissioner for Finance in Lagos State, suggested that a door-to-door campaign strategy would further convince electorates to vote the party and make the over one million targeted voters realistic.

He made this appeal at a meeting with the APC leaders in Epe Division, promising them people-oriented representation and assuring them that he would always put people and party first if and when elected.

The meeting, held at the residence of a Governance Advisory Council (GAC) member in Epe, Akanni Seriki, was attended the Vice Chairman of Lagos APC, Kaoli Olusanya; the husband of Ogun State Deputy Governor, Alhaji Bode Oyedele, and a member of the House of Representatives, Wale Raji, among others.

He urged the APC faithfuls to prevail upon the decided and undecided electorate in Lagos East senatorial district to vote the APC and its candidate during the bye-election scheduled to hold on October 31.

“We must use this bye-election to show the strength of APC not only in Lagos East, but also in Lagos State to the entire country. We must reach out to those who have decided for our party and those who have not decided on our party. We must prevail upon them all to vote for us massively.”

After the meeting with party leaders, Abiru had another meeting with the Council of Lagos State Ijebu Traditional Rulers at the palace of the Aladeshonyin of Odo-Noforija, Oba Babatunde Ogunlaja, also in Epe Local Government Area.

The monarchs, who were at the council meeting, include the Ayangbure of Ikorodu, Oba Kabiru Shotobi; Oloja of Epe Land, Oba Kamorudeen Animashaun; Olubeshe of Ibeshe, Oba Rasheed Ogunsanya, and 15 others.

Abiru, the immediate past Group Managing Director/Chief Executive Officer, Polaris Bank Limited, told the traditional rulers that voting for APC in the bye-election would be a decision none of the residents would ever regret, just as he reeled out his programmes he had mapped to make difference if elected.

He added at the meeting with the traditional rulers that the election was fixed for another six weeks and that the party need their support and needed their subjects to vote for APC.

He, thus, promised to represent the APC and the people of Lagos East, Lagos State and indeed Nigeria with integrity, commitment and passion leveraging all the experience, competences, knowledge and relationships he had acquired over three decades as an economist, chartered accountant, banker, commissioner for finance, senior banker and CEO.

He, similarly, promised to focus on the welfare of his constituents in Lagos East and use the position of a senator and his energy and resources to ensure their empowerment, prosperity, security, welfare, and well being.

“Likewise, I will work with the ministries, department, and agencies (MDAs) of the federal government to ensure the completion and reconstruction of Lagos-Ibadan expressway, Ikorodu-Sagamu highway, Epe-Ikorodu road, and Epe-Ibeju-Lekki expressway, among others,” the candidate said.

Speaking on behalf of the monarchs, Animashaun commended the APC for putting forward a quality candidate, who served in the banking industry and public service in different capacities for over three decades with an untainted record.

The monarchs urged the senatorial candidate to put the interest of the people first at all times. Collectively, the monarchs prayed for Abiru that he would emerge victorious in the forthcoming senatorial bye-election.