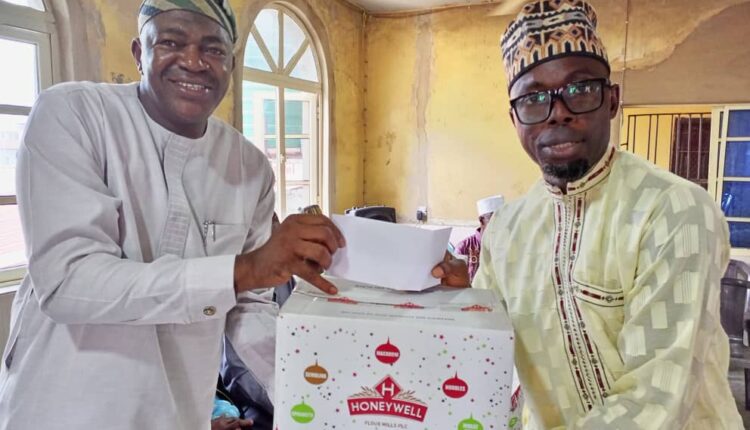 In a bid to ensure law and order across Lagos, the lawmaker representing Shomolu Constituency II at the State House of Assembly, Rotimi Abiru, has explained to Lagosians that the laws and programmes introduced by the state government were designed to ensure orderliness and bring more growth to the state.

Abiru, meanwhile, has enjoined residents particularly Muslims to shun all vices and remain united as well as continue to promote peaceful co-existence and unity among themselves.

The lawmaker stated this while addressing Muslim clerics at Adaranijo Central Mosque, Bariga, Lagos during a programme tagged “Meeting the League of Imams of central and community mosques in Shomolu/Bariga area.

Abiru stressed that the gathering was also to feel pulse of the Imams and Muslims to know what their challenges are and also to communicate government policies and plans to them as citizens. 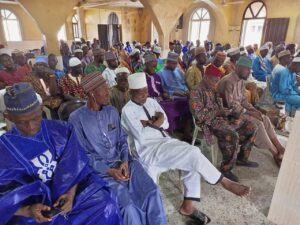 While addressing the over 300 clerics present at the event, he added that the gathering was designed to ensure unity, peace and love among the Muslims faithful within Shomolu/Bariga and environs continue.

Aside from serving as a platform to discuss and enlighten one another on governance, the lawmaker noted that the gathering, which was the 11th edition, often serve as an avenue to brainstorm with the clerics on development of Lagos especially the constituency.

Abiru, however, disclosed that he also hands over gift to the clerics so as to often ensure they preach peace and harmony in their respective mosques and associations within Shomolu constituency 11.

“The annual event is also to use the religious leaders’ platform to meet the larger Muslim community on the importance of living in love and peace”.