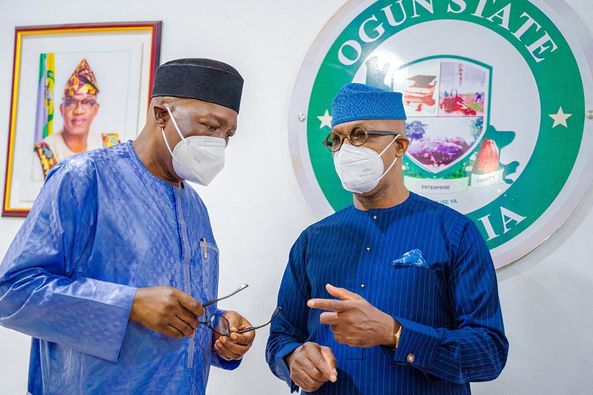 Ogun State Government, Dapo Abiodun, has disclosed that plans have been concluded to deploy security agents across public schools in the state to forestall any incidence of kidnappings.

He added that the security beef up around educational facilities was aimed at protecting children of school-age across the state and strengthened the state’s security architecture.

Abiodun noted that such water-tight security around schools would forestall the kidnapping of students for ransom or rituals by gunmen and bandits.

The governor spoke on Tuesday when he received members of the House of Representatives Committee on Basic Education who they paid him a courtesy visit in his office at Oke-Mosan, Abeokuta.

Furthermore, the governor told Prof Julius Ihonvbere-led committee that no fewer than 600 schools would be rehabilitated across the state as part of efforts to provide conducive environment for teaching and learning before 2023.

“In spite of the much we have done, each time I see some news items on the television or newspaper about one school whose roof is about to fall, I say to myself ‘when will we cover all these schools?’ And we have rehabilitated so many schools.

“Having a conducive environment for our children to learn remains our priority. Our target is that by the end of our first four years in office, we would have done about 600 schools by giving them a facelift.

“We are also in the process of awarding contract for the construction of 60,000 furniture so that our children can sit comfortably while learning,” he added.