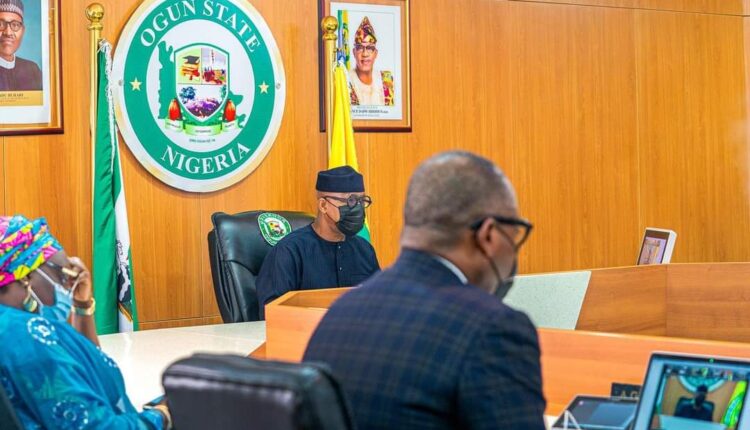 The Ogun State, Dapo Abiodun, has disclosed that his administration would ensure that no part of the state was left out in terms of infrastructural projects that have direct impact on the citizens across the state, saying every zones would be covered in his developmental drive.

He said the move was in line with his administration’s commitment toward ensuring that he fulfilled his electioneering campaign promises to the electorates who voted en masse for his election and trust him with the job of taking the state to the next level.

Abiodun added that plans are being concluded to consider all recommendations by stakeholders across the state on necessary projects with direct impact that needed to done in every zone before completion of his first term of four years.

Speaking yesterday during the last tripartite Virtual Town Hall Meeting being held on the 2021-2023 MTEF and2021 Budget, Abiodun said that the meeting series reflects his administration’s commitment to even development of all parts Ogun devoid of politics and sentiments.

According to him, with the valued contributions from the three consultative meetings, and inputs of all comments and recommendations, the government is armed with necessary information to make informed decision toward greater development.

“We have displayed this with our completion or conversion of projects inherited uncompleted or socioeconomically viable, regardless of location. One of these conversions is of the previously abandoned Model School at Kobape Road into the Ogun Tech Hub which has been supporting young innovators.

“Other vital development programmes domicile in Ogun Central for the benefit of the people, such as the rehabilitation of 37 schools and 12 primary health centres; PHCs (2 per LGA), location of many agriculture programmes in Odeda; and initiation of the PPP model to ensure uninterruptible power supply to Abeokuta and its environs, altogether show that the senatorial district remains significant in our development programme,” he said.