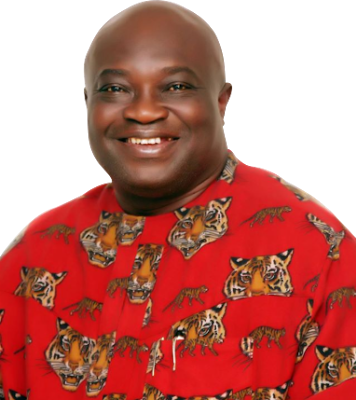 A renowned literary icon, Suzy Kassem once admonished that we should be wary of any man who intentionally ignores another man’s record of deeds or work history simply to impose their own agenda. Such a man’s judgment lacks merit and should be disregarded immediately. Moreover, such persons are without a conscience and there is no truth in them.

An unbiased critic does not delve into conclusions on a leader’s performance without first isolating, dissecting and analyzing the indices that culminated into the said performance. Similar yardstick should suffice while scoring the performance of a political leader like the Abia State Governor, Okezie Victor Ikpeazu, Ph.D.

Keen observers that have followed the activities of Governor Okezie Ikpeazu religiously, from 2015 till date, would not need a soothsayer or advanced scientific mind to score him high in governance, considering his giant strides in various sectors of the economy, especially, if weighed against the backdrop of what he met on ground as well as what his predecessors in the last 30 years left behind.

Ikpeazu took over the saddle almost at ground zero. However, from inception, he identified the challenges of the people of the state and came up with a template to solve them, albeit, gradually.

The template captured in his policy thrust aptly encapsulated in his Five Pillars of Development and their enablers included, Trade & Commerce, Small & Medium Scale Enterprise (SME) promotion and road infrastructure among others.

In Trade & Commerce as well as Small & Medium Enterprise, the Governor has succeeded in changing the narrative of Aba entrepreneurs from being a mockery ‘Aba Made’ products to proudly ‘Made in Aba’ products, a brand that is being marketed across the shores of Nigeria and beyond. He commenced the rebranding process and has remained the Chief Marketer of ‘Made in Aba” products.

Aside the 30 Shoemakers this visionary and pragmatic Governor sponsored to China for an intensive training in automated shoemaking technology, he has encouraged human capital development of artisans in hundreds. The training became necessary to put a stop to the sufferings of these artisans who were working day and night with their bare hands. It is gladdening therefore to report that Abia today, has an unbeatable record on automated shoe manufacturing in Aba, called the Enyimba Automated Shoe Company (ENASCO). The State is simultaneously working tirelessly to achieve, equally, a modernized garment factory to improve the lots of the artisans in the garment production in Abia State.

Statistics abounds that the productivity of the sector has astronomically multiplied as a result of these inventions.

With a clear understanding of Aba as the commercial nerve center of the South East and the confluence of about seven states of the South East and South South, the Governor saw the need to harness the potentials of the artisans within these areas and maximize the ‘can-do-spirit’ of the people.

Governor Ikpeazu fixed the technology challenge of the artisans by infusing technology into the works of the ever-enterprising Abia people and Igbo race in general. At present, this technology has been deployed in shoe making, fabric making, among others, thereby promoting the Made in Aba products.

Governor Ikpeazu’s efforts in Trade and Commerce as well as in SME have made Aba, not only to regain its lost glory as an economic hub of the South East but to re- affirm, in line with Vice President Osibanjo’s assertion, that it is indeed the SME capital of Nigeria.

Having succeeded in setting up the first ever automated shoe factory in the State, millions of Made in Aba products are now sought after by some end users from within and outside the shores of Nigeria, including the military and paramilitary Agencies. For instance, the made in Aba products are currently used by the Army, NYSC, IDP camps and highly placed individuals, among others, while the Governor himself remains the Chief Brand Ambassador. He does not just wear the products always, he also canvases patronage for the products. Recently, he enrolled into the Footwear Academy, as a student.

Consequently, it is on record that the Governor has succeeded in changing the narrative of the Aba artisan, particularly, in re- setting their psyche. Today, everyone has become a proud ambassador of ‘Made in Aba’ products.

The narrative of labelling Aba products with foreign logos and trademarks has equally changed. Thereby putting an end to stereotype. With the arrival of the automated shoemaking machines, more Artisans are being trained in the automated system of shoe production and in the near future many people would benefit directly or indirectly.

In road infrastructure, which evinces a pivotal indices of the performance rating of Governor Ikpeazu, it is common knowledge that poor road network has over the years been a great challenge of the State. However, the Governor has succeeded in deploying caterpillars to most of the dilapidated areas in Abia State in line with the ‘Caterpillar Revolution’ mantra.

Under Dr. Ikpeazu’s watch, over 160 roads have been fixed with most of the roads built with Cement Pavement Technology while others are at various levels of completion. The essence is to arrest infrastructural deficits. It is worthy to note that it is Governor Ikpeazu that pioneered Cement Pavement Technology in the State with the aim of building-to-last. Hence, all the roads Governor Ikpeazu has completed over these years are still standing. He vowed never to go back to any road he built for reconstruction and maintains and that his successor will not equally revisit roads built by his administration.

Roads in Aba have really been tackled, especially those economically strategic routes. In that vein, roads such as Ukaegbu, Ehere, Osusu, Eziukwu, Aba road, Millverton, Ojike, Immaculate Avenue and many more have received priority attention. Many link roads around various rural areas have been constructed and reconstructed including roads that link Abia to other States. Efforts are on top gear to end the perennial flooding and environmental challenge around Ngwa Road, Ariaria and its environs including Port Hacourt road.

Abia is presently a State progressively wearing an enviable new look. We implore those with sad narratives to visit the state and see the huge contrast between what used to be and what the State is currently becoming. Those who are bent on cheap politicking will only keep pushing out outdated stories and videos that are either figment of the imaginations or what it used to be before the emergence of Okezie Ikpeazu as the Governor of the State. Perhaps they are afraid to tell the real story of the transformations that has now characterized the State because doing so will render them irrelevant and of course shame their sponsors and godfathers.

Through his road infrastructure policy, Governor Ikpeazu has opened up roads both in the rural areas and the metropolis for economic development.

Of course, these two major indices of promotion of SME and road infrastructure developments have led the State into becoming ‘Kinetic Abia’; as they have made the State to be accelerating from one level of development to another continuously. The undeniable truth remains that Ikpeazu’s actions in both the area of ‘Made in Aba’ products and road infrastructure have placed Abia in the map of development as well as attracted laurels and awards of excellence from various groups and institutions to the Governor.

Truly, Governor Okezie Ikpeazu deserves applause for putting smiles on the faces of the good people of Abia State. Especially, for ensuring the fulfilment of his promise to the Aba artisans and residents. Posterity would certainly remember Dr. Ikpeazu for growing the economy of Abia State in these regards.

For being outstanding in SME promotions and road infrastructure, many groups and institutions have honoured the Governor with different merit awards including that of the African Independent Television (AIT), Vanguard Newspapers, Business Day, Assemblies of God, Presbyterian Church of Nigeria and many councils of Traditional Rulers among others.

Kudos to Governor Ikpeazu, the kinetic leader, who is poised to take Abia to her desired destination!