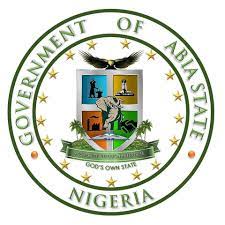 The Abia State Government has said that it would not tolerate any protests by Civil Society Groups across the metropolis and that anyone found to be disrupting peace of the state should be apprehended and detained for violating the law.

It, meanwhile, appealed to the groups organising the demonstration to shelve the planned protest to a later date when security would have improved, cautioning that they should not test the resolve of government.

The state government, in a statement signed by the Secretary to State Government (SSG), Chris Ezem, and released on Monday, said that it would not accept any breakdown of law and order in any part of Abia.

It hinted that the demonstration, which was not approved by the Nigerian Police, could snowballed into another crisis and worsen security of lives and property across the state.

The statement reads: “Abia State Government has received information on a planned rally by a civil society group purportedly billed for Aba and Umuahia on Monday, 14th June, 2021, and we wish to call on the organizers to immediately cancel the program in view of the prevailing security situation in the region in particular and the nation in general.

“We are also aware that the organizers have not contacted the state police command or any other relevant agency to provide security for the planned rally thereby predisposing the event to the likelihood of being hijacked by hoodlums thereby possibly leading to the break down of law and order.

“In view of the above, we wish to appeal for cancellation of the planned rally pending when proper security arrangements are firmed up with the police and other relevant security agencies to ensure the safety of the protesters. We shall not tolerate any person or persons to undermine the relative peace we enjoy in Abia”, it added.

2 die during auto crash in Jigawa