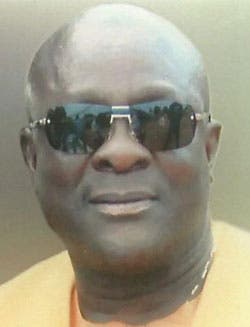 The Deputy Chief of Staff to Abia State Governor,  Ukpai Agwu Ukpai is dead. Although details of his demise are still sketchy, he was said to have died  at the early hours of Tuesday.

The late Ukpai hailed from Asaga in Ohafia council area of the state and was regarded as a major force in the politics of the state.

According to a source, the late Ukpai was part of the People’s Democratic Party (PDP) team for the Aba North-South Federal house of Representatives   bye election won by the PDP .

According to the source, he complained of being unwell and when the situation became serious, he was rushed to the Federal Medical Centre (FMC), Umuahia where he gave up the ghost.

The Abia State Commissioner of Information,  Okiyi Kalu confirmed the death in a press statement. He said in the release: “It is with sadness and a deep sense of loss that Abia State Government wishes to announce the death of Chief Ukpai Agwu Ukpai, PhD, Deputy Chief of Staff, Office of the Governor, who passed on in the early hours of today after a brief illness.

“Abia State Governor, Dr Okezie Ikpeazu, is in deep shock as he mourns the untimely exit of Chief Ukpai who has been a long-term associate, friend and irreplaceable partner in progress.

“He will be sorely missed by everyone in government in particular and Abians in general.

“Our sincere condolences go to the immediate family, people of Ohafia LGA and the good people of Abia State.

“May God grant the bereaved family the fortitude to bear the loss and may the soul of Chief Ukpai rest in the bosom of the Lord.”