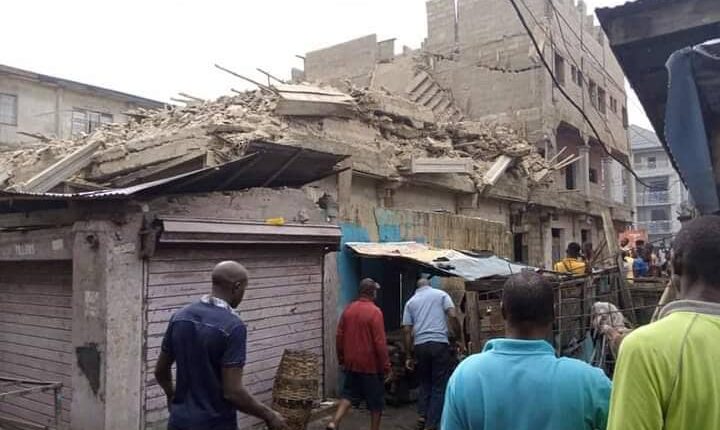 Atleast two additional bodies have been recovered under the rubble at scene three-storey building that collapsed on Nnamdi Azikiwe road in Aba, Abia State, increasing the death toll to four persons and five injured.

Among the two additional bodies recovered from the scene of collapsed building was a teenage boy pulled out on Thursday by the state emergency officials.

The three-storey building was said to have collapsed yesterday with two bodies pulled out of the rubble by emergency officials that raced to the scene to save lives and property in the state.

As gathered, the survivors of the incident, who sustained varying degrees of injuries, were said to be currently receiving treatment at the state-owned hospital.

It was learnt that the victims were homeless residents that often sleep in an open building, construction, or abandoned sites in Aba area of the state.

As gathered, the incident occurred during early hours of Wednesday after the rain on Tuesday night and that the collapsed building was under construction.

Reacting to the development, the state Governor, Okezie Ikpeazu, who commiserated with victims’ families, directed immediate demolition of the whole building as part of the measures to avert future occurrence.

Through a statement by the state’s Commissioner for Information, John Okiyi-Kalu, Ikpeazu asked the Abia State Environmental Protection Agency alongside the Aba South LGA Town Planning Authority to effect the full and safe demolition.

“The government received with sadness news of the collapse of the three-storey building, which was under construction in the early hours of today, and the Governor immediately directed relevant agencies to the location as well as mobilised earth moving equipment to the site on a search and rescue mission,” the statement read.