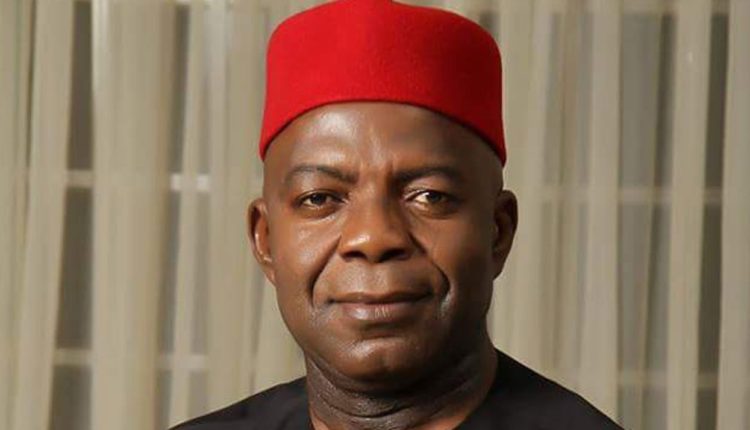 The governorship candidate of the All Progressives Grand Alliance (APGA) in the last 2019 election in Abia state,Alex Otti, has rejected the judgement delivered by Justice A.L. Ogumoye-led Presidential Election Petition Tribunal, affirming Governor Okezie Ikpeazu, the candidate of the Peoples Democratic Party(PDP), as winner of the March 9 poll conducted in the state.

The three-man panel of the Governorship Election Petition Tribunal sitting in Umuahia, the Abia state capital, and chaired by Justice A.L. Ogumoye, had dismissed the petition filed by 2019 APGA gubernatorial candidate, Dr. Alex Otti against the declaration of Gov. Okezie Ikpeazu.
The tribunal ruled that the petitioner failed to prove the case of over voting, non compliance to the INEC election guideline and electoral act.

It would be recalled that Alex Otti had asked the tribunal to cancel fifteen out of the seventeen local government areas election results in Abia state.

Otti claimed that the respondents, PDP, and Governor Okezie Ikpeazu who was the governorship candidate of PDP perpetrated excessive malpractice in those LGAs in the last March 9 2019 election conducted in the state.

However, Otti in a statement issued by his Media Assistant, Ferdinand Ekeoma, Saturday, described the tribunal’s verdict as unacceptable and miscarriage of justice.

“The governorship tribunal sitting in Umuahia dismissed the petition filed by Dr. Alex Otti and APGA challenging the wrongful election of Dr. Okezie Ikpeazu, on the grounds that we didn’t prove our case of over voting and non-compliance with INEC guidelines which formed the basis of our petition,”the statement reads.

“We shall make our official position clear in the next few hours, but in the meantime, we state that the very unpopular and questionable judgement is unacceptable to us as it represents miscarriage of justice in many facets.

“We, therefore, urge our supporters and millions of progressive Abians who obviously were disappointed with the outcome of the judgement to remain calm strong, and peaceful even as they wait for our official position which shall be made clear by Dr. Alex Otti, OFR”.