Gerrard distances self from Liverpool job 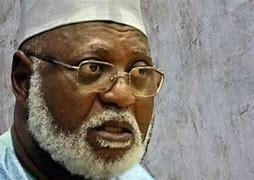 With the Edo State governorship election barely four days away, the former Nigeria Head of State, Abubakar AbdulSalam, has warned political parties candidate, particularly Obaseki and Ize-Iyamu against violence before, during and after election, in order to achieve success at the end of  the electoral activities.

Abdulsalam, who also served as Chairman, National Peace Accord,  gave the warning  during Peace Accord event to enhance smooth running of electoral excercise amongst candidates, adding that there won’t be any electio in the  absence of peaceful atmosphere.

He reiterated law enforcement agencies committment to ensiring peace and tranquility, stressing that the Inspector General of Police and other security officials are ready to maintain peace and harmony in the cause of Edo poll.

” The Inspector General of Police, Adamu Mohammed, has told Nigerians and people of Edo that they are ready to promote peace and stability in Edo election and not allow any form of violence that would  in turn disrupts voting processes”

On his part, the Chairman of the Independent National Electoral Commission (INEC), Professor Mahmood Yakubu, said that the electoral body is committed to conducting free, fair and credible election in Edo state.

Yakubu averred that the commission remains neutral, adding that the choice of Edo voters will be respected in the election.

“I wish to assure you of INEC’s commitment to credible elections. The votes will count. The people of Edo State will determine who becomes their next governor.  Their choice will be upheld.

“Let me also reassure you and the voters in Edo State of the commission’s neutrality. I call on all political parties and their candidates to abide by the letter and spirit of the peace accord,” he said.