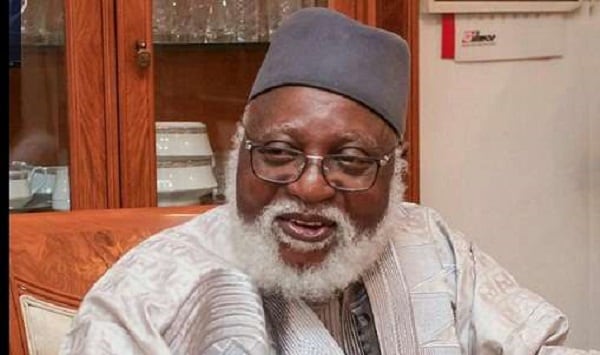 A former Head of State, Gen Abdulsalami Abubakar (rtd), has cautioned politicians, particularly those seeking for political offices to shun divisive rhetoric that could further heat the polity before, during and after the 2023 general elections.

He explained that it was important for the political class to watch their words, actions and inactions ahead of the 2023 general elections, adding that though he understand the tension that comes with election, it was important for politicians to prioritise Nigeria’s unity.

Abubakar noted that as the country enters another election phase, there was need for the political elites to understand that the fate of Nigeria lies in their collective action, and they must understand the deserving seriousness in which they should approach the issues.

Speaking on Thursday at the 19th Daily Trust dialogue with the theme: 2023: The politics, economy and insecurity, the former military leader urged politicians and political office seekers to remember that no one can rule over a nation in ruins.

“Our political class must realise that the fate of Nigeria lies in its hands and choose to do good in this moment of history. As they justle for power in the coming elections, all politicians must watch their words and deeds carefully and avoid saying or doing things that will further heat up the polity.

“We must all remember that no one can rule over a nation in ruins. Leadership is a collective responsibility, and we must all play our parts positively,” Abubakar said.