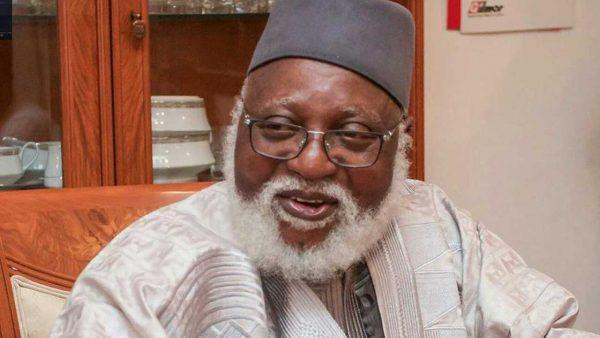 As part of measures aimed at quelling brewing ethnic clashes in some parts of Nigeria, the Chairman, National Peace Committee, General Abdulsalami Abubakar, has advised the 36 state governors to shun unguarded utterances and rally around their people in protecting their domain from unrest arising from ethnic incitements.

He explained that the call had become imperative in dousing the recent tension, particularly during such times the country was battling disintegration and different forms of insecurity.

Abubakar, who is also a former military Head of State, noted that it was pertinent for the governors to come up with effective policies in protecting the lives and property of citizens whom they swore an oath to protect.

Speaking on Thursday during an interview on a popular television show, the general who admitted that though it was a difficult time to be in a leadership position, urged the governors to take full responsibility in protecting their people and domains.

“The governors have found themselves in a difficult situation. It is their responsibility to guard their states regardless of who and who is in their states.

Ethnic disharmony is rearing itself all over the place. You could see where the herders are being chased from some of the parts of the Southern states and their cattle are being killed. Certainly, this heightened tension in the country.

“Some people are also migrating from one part of the country back to their states where they feel safer. God forbid this is taking us back to 1960 where we had a problem that resulted in the civil war. That is why myself and the peace committee are calling for caution so that we do not go back to that road.”

Continuing, he charged the governors to “make sure there are law and order in their states and they should watch their utterances because what they say, people will take it as an order.

“They as governors should be aware of what they say; they should not say anything that will be misread that they are fighting people who are not of their state origin.

“Having said that, there must be dialogue between the people who they feel are committing crimes in their areas. Certainly, if some people commit crimes, they should be arrested and prosecuted. It is their responsibility to save lives and property of all Nigerians living in their states.”