A Tale of Two Airports 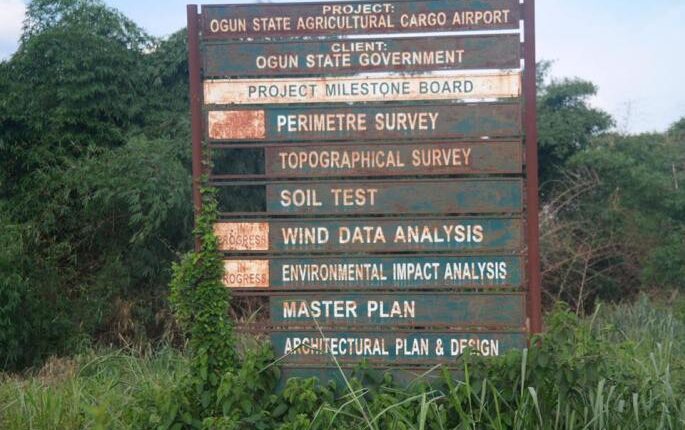 A tailpiece in this column: “Much Ado About Ogun Cargo Airport” (Tuesday, March 23, 2021) turned out to be my own version of stirring the hornet’s nest, given the controversy, the animus and the attention that it has generated.

I had raised specific questions about an emerging Egba vs. Remo war of attrition that had developed around the idea of a Cargo Airport in Ilishan Remo, Ogun State an inherited project which happens to fall under the Senatorial District of the current Governor of Ogun State, and another airport at Wasinmi within the Egba territory. Ilishan and Wasinmi are within shouting distance from each other.

I argued that the former having come first in order of time, should not become controversial if the present Governor is trying to develop it. I added that I did not see the wisdom in having two airports any way for reasons of ethnic ego.

What! Hell broke loose in Egbaland. I was woken up the following morning by strident attacks on my phone. My identity was questioned. A senior friend sent me all the WhatsApp messages that had been circulated about me: I was called a bastard for daring to question the siting of an airport in Wasinmi. One man wrote: What kind of Egba man will support Remo/Ijebu people against Egbaland? Are you sure this Abati is one of us?

Is he aware that Egba is his political base and not Ijebu? Does he even know the facts?

A friend took the trouble to send the Egba side of the story: “(1) that the Wasinmi Airport Project is being funded by the Federal Government and has been part of the budget for the last couple of years. The financial arrangement was designed to be effected through the instrumentality of a Bond programme that failed to get the approval of the state legislature.  (2) I was told the Wasinmi airport is a passenger airport while the Remo airport is a cargo airport. (3) The Dapo Abiodun administration is asking the Federal Government to stop the Wasinmi Airport, that Ogun state doesn’t need it and that the money meant for the project should be diverted to the Cargo Airport at Remo. That is wrong, my friend said. (4) Even if Egbas are the most intelligent people in the world, they will rise against that nonsense Dapo Abiodun is doing and (5) I was accused of attacking former Ogun State Governor, Senator Ibikunle Amosun and here is what I was told: Governor Abiodun is the culprit here, not Amosun. Every Senator has a right to defend projects allocated to his state…”

My point is proven: ethnic politics and conflict, that is the “my-own-isation” of everything, is the bane of Nigeria’s development process at both national and sub-national levels. Tragic.