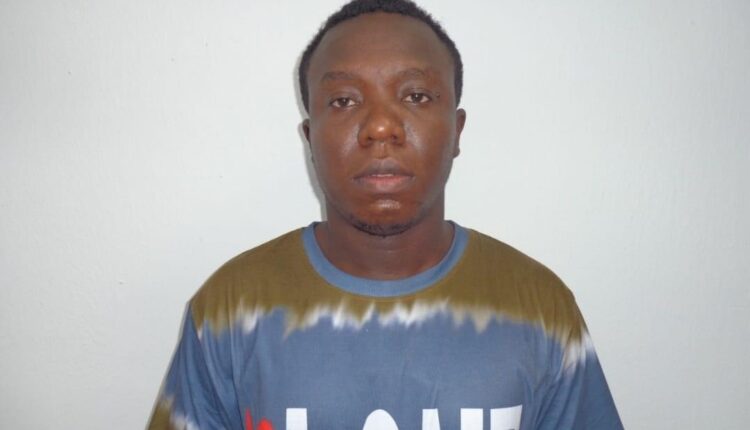 Nnamere was sentenced to two years jail term by the court after been found guilty for impersonating a foreign national, identified as Gopa, to swindle people through cyberspace.

The 21-year-old student was arraigned before the court presided over by Justice I .M Buba, on a one-count charge bordering on criminal impersonation by the Economic and Financial Crimes Commission (EFCC) Zonal office in Enugu.

One of the counts against Nnamere reads: “that you Nnamere on or about the 9th day June 2021 in Enugu within the jurisdiction of this Honourable Court, fraudulently impersonated one Gopa, a foreign national by means of your Samsung A20S, through a fake WhatsApp account, with intent to obtain money from unsuspecting foreign nationals”.

In the charge filed by the anti-graft agency yesterday, Nnamere was found to have committed an offense contrary to Section 22(3)(a) (b) of the Cybercrimes (Prohibition, Prevention, etc) Act,2015 and punishable under Section 22(4) of the same Act.

During the court proceedings, the defendant, after the charges were read before him, pleaded guilty to the crime and appealed for leniency before the judge.

After the defendant’s admittance, the prosecution counsel, B.N Ajogwu, urged the court to convict and sentence the defendant accordingly, but the counsel to the defendants, E.M Ugwu, appealed that the Court considers the Nnamere plea, since he has become remorseful after committing the crime.

The judge, while delivering his judgment, found the defendants guilty as charged, thereby sentenced him to two years imprisonment with an option of N250,000 fine.