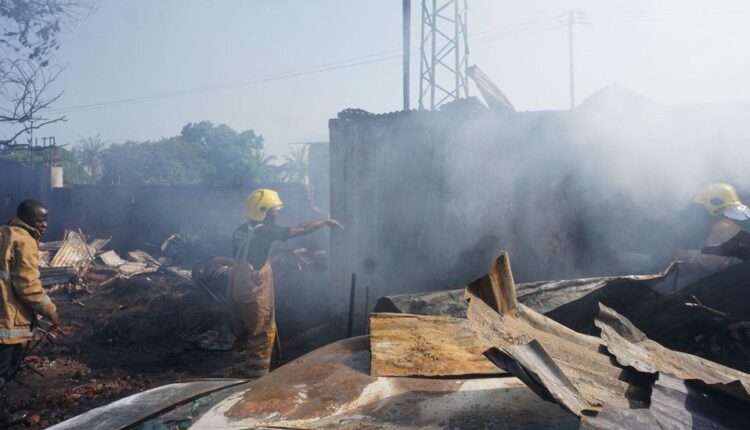 At least 99 people were reported to have died and dozens of others sustained different degrees of burns when a fuel tanker exploded in Sierra Leone’s capital, Freetown.

It was learnt that the explosion occurred after a fuel tanker collided with a lorry, spill its content on the road, and drainages before igniting the fire that wreck havoc in the West African nation.

The explosion was said to have happened at a junction outside the busy Choithram Supermarket in the densely populated Wellington suburb in the east of the city at about 22:00 yesterday.

As gathered, the resulting inferno engulfed bystanders and vehicles at a busy junction within the metropolis and residents in the streets that were closer to the scene.

After the inferno, eyewitnesses narrated on Saturday that badly charred bodies, particularly those that encountered the inferno unaware, were seen on the streets surrounding the tanker explosion seen.

Speaking after the inferno, the country’s President, Julius Bio, described the disaster as unfortunate and that he was “deeply disturbed by the tragic fires and the horrendous loss of life”.

In the statement released through his official social media handle, the country’s leader said that his government would do “everything to support the affected families”.

The port city of Freetown, which is home to just over a million people, has faced several serious disasters in recent years. In March, more than 80 people were injured after a major fire in one of the city’s slums left more than 5,000 people displaced.

And in 2017 over 1,000 people were killed after heavy rains led to a mudslide that swept through the city, leaving around 3,000 people homeless.