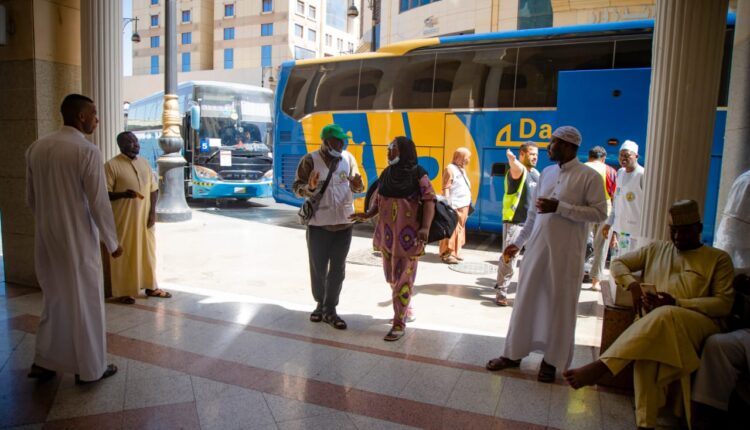 No fewer than 851 Lagos State pilgrims has arrived for 2022 Holy pilgrimage and Hajj rites in Madinah, Saudi Arabia.

The Commissioner for Home Affairs, Anofiu Elegushi disclosed that the first batch of 430 pilgrims comprising of 170 males and 260 females were on board the Inaugural flight by Flynas Airline, Airbus XY 5010 which departed Nigeria on Wednesday.

According to him, The second batch of 421 intending pilgrims which consists of 187 males and 234 females were airlifted by Flynas airline XY 5014 from the Hajj camp, Murtala Mohammed International Airport (MMIA), on Thursday June 16, 2022.

Through a statement released by his Assistant Director, Public Affairs, Taofeek Lawal, the Commissioner admonished the pilgrims already in the Holy land to be good ambassadors, exhibit good virtues and enviable image of the State and Nigeria.

Elegushi assured the remaining intending pilgrims that they would be airlifted to the holy land and that the government was passionate about their well-being and comfort.

On his part, the Special Adviser to the Governor on Islamic matters, Ahmad Jebe expressed his enthusiasm about the operation and that he was confident that the pilgrims would obey all instructions as laid down.

He emphasised that with the successful airlifting of the first and second batches within two days, the State was on the verge of accomplishing its plans and strategies of airlifting every pilgrims without stress.

Also, the Board Chairman, Shakiru Gafar informed the yet to be airlifted pilgrims that a slight adjustment had occurred in its flight schedule.

He disclosed that the airline would be carrying out a rescue mission by airlifting Ogun and Osun States’ pilgrims on Friday and Saturday respectively while it would resume Lagos operation immediately afterwards.