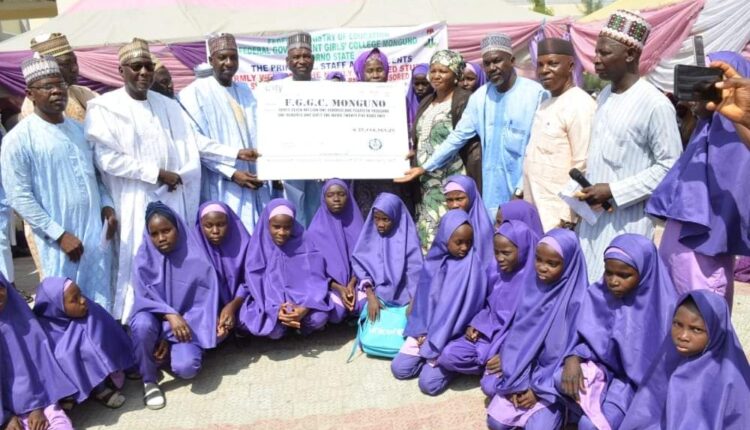 No fewer than 800 out-of-school girls, who are beneficiaries of Borno State Governor, Babagana Zulum, full scholarship, have been enrolled into Federal Government Girls College, Monguno currently operating in Maiduguri, the state’s capital.

As stated, the 800 vulnerable girls were drawn from 16 local government areas of the state, most of which are from high-risk communities, where access to education has been disrupted by the activities of insurgents in the area.

Zulum, who formally welcomed the girls to FGGC Monguno at a ceremony which had after the completion of their registration processes yesterday.

Represented by the Executive Secretary of Borno State Education Trust Fund, Maina Yaumi, the governor enjoined the students to be dedicated, committed, and law-abiding in their educational pursuit.

Zulum said that approval has been given for N79 million for clearance of necessary bills including school fees, uniforms, books, mattresses, bags, sandals, and other daily needs.

According to him, in a few weeks’ time, another sum of N80.2 million will be paid to the school to cover their second and third term tuition fees.

He further assured the people that his administration would continue working on modalities that would improve access to increase school enrollment across the state.