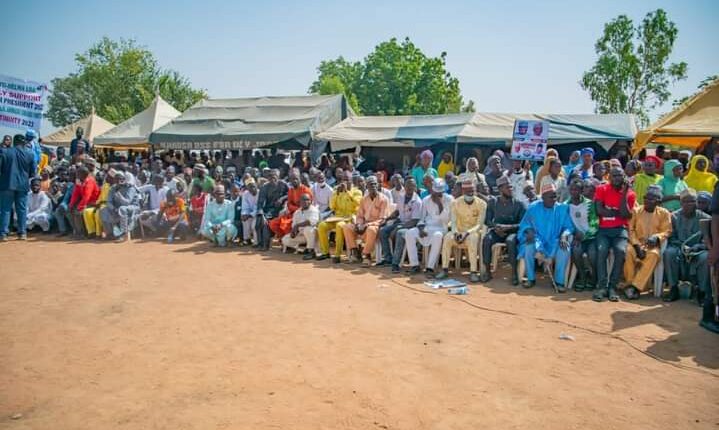 Over 7000 members of the All Progressives Congress, APC, and other opposition parties have decamped to the Peoples Democratic Party, PDP in Adamawa State, ahead of the 2023 general election in the state.

The decampees were received and handed the symbol of the party by the State Governor, Ahmadu Fintiri, in Jada local government area.

At the reception organised to receive the new members, Fintiri promised that his administration would continue to transform the state through infrastructure and human development.

The governor further promised residents that his administration would upgrade the Jada comprehensive school to science-based institutions.

Responding on behalf of other defectors, Malam Mahmud, Umar UJ and Musa Hammawa disclosed that they defected to the PDP due to the giant strides recorded by the Governor in just two years.