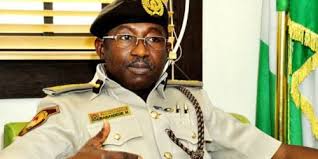 The Nigerian Immigration Service (NIS) has confirmed safe evacuation of 67 Nigerians from Abdijan, Ivory Coast, saying that they have successfully arrived in the nation and been received by relevant agencies at the Seme land border post.

It refuted claims which had allegedly been made by some media outfits stating that the expected group of returnees had not made safe way into the country, and advised that such false information should not  be released to public by reporters.

Comptroller General of the NIS, Muhammad Babandede, stated that false media claims could incite fear in people and as such, should be avoided through proper investigation and clarification from relevant authorities before going to press.

Speaking in a statement released on Wednesday, Babandede confirmed that the 67 returnees were received by immigration officers at the border post, and handed over to the Governor of Lagos State, Babajide Sanwo-Olu, who was represented by his Special Assistant on Health, Dr Tunde Ajayi following thorough checks and profiling.

He disclosed that the Abidjan returnees were constituted of 58 persons from Osun State, four Lagosians, two from Ondo State, one from Edo and one from Ogun State, making total of 67 safely arrived Nigerians.

The comptroler general assured people of the service’s commitment to matters of national interest, and advised newsmen to adopt due process for incident verification in order to ensure that all news items being put out were truthful and in best interests of the people.