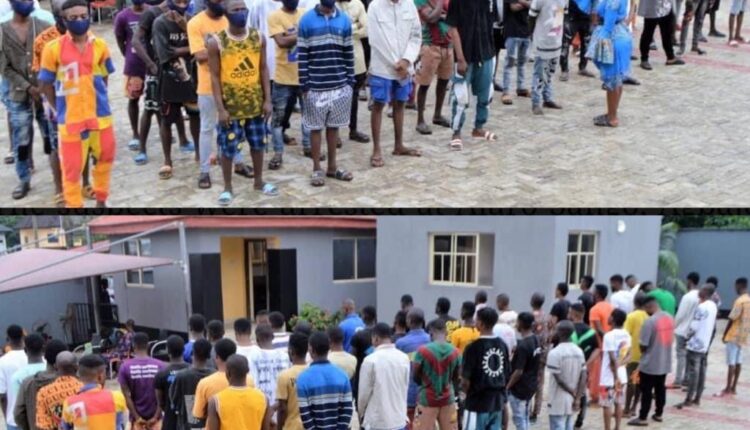 No fewer than 59 Abuja and Ibadan young men, suspected to be internet fraudsters have been detained in the Economic and Financial Crimes Commission (EFCC) custody for their alleged involvement in online frauds.

Confirming the arrest, EFCC’s Head of Media and Publicity, Wilson Uwajaren, in a statement disclosed on Tuesday, said that the Ibadan suspects were picked up at Alaro Sango, Agbaje Ijokoro, and Apete Aladura areas of Ibadan, the capital of Oyo State, while the Abuja suspects were arrested at Gwagwalada New Layout area of Abuja, FCT.

The spokesman that their arrest by EFCC personnel followed actionable intelligence on alleged computer-related fraud perpetrated over the years by the suspects.

Uwajaren listed the item recovered from the cybercrime suspects in Abuja to include laptops and mobile phones. “They were also found with substances suspected to be Indian hemp and other drugs.” He said, “Some items used in perpetrating the crime were recovered from suspects in Ibadan.” 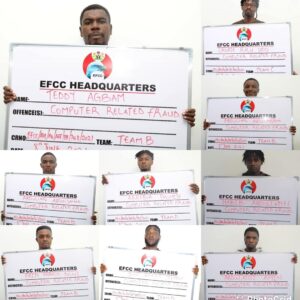