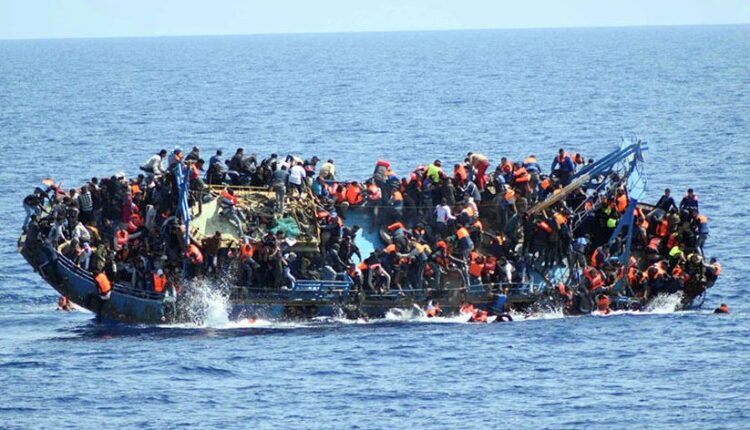 No fewer than 57 people have reportedly drowned after a boat transporting African migrants capsized off the Libyan coast near Khums, making it the latest tragedy in the Mediterranean where more than 1,100 have perished this year.

While bodies of the victims have not been recovered from the shipwreck, identified survivors from the accident included migrants from Nigeria, Ghana and Gambia

Confirming the development, the U.N.’s International Organization for Migration (IOM) spokeswoman, Safa Msehli, said that the tragedy which happened yesterday pushed fatalities on the Mediterranean to over 1,100 verified figures.

Msehli explained that the migrants, the majority from West Africa, departed from Khums, presumably to reach Europe for greener pasture before the incident that claims no fewer than 57 person, including women and children, occurred.

“According to survivors brought to shore by fishermen and the coast guard, at least 20 women and two children were among those who drowned.

“Despite an increase in arrivals in Europe, there is no crisis of numbers and arrivals remain manageable through better solidarity and improved governance and management of migration,” she added.

Migrant boat departures to Italy and other parts of Europe from Libya and Tunisia have increased in recent months with better weather. Hundreds of thousands have made the perilous crossing in the last years, many fleeing conflict and poverty in Africa and the Middle East.