US may lift embargo on AstraZeneca’s vaccine nationwide… 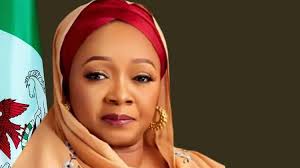 The Federal Government has began plans to repatriate no fewer than 500,000 Nigerians stranded in Niger, Chad and Cameroon back to the country.

Asides from the 500,000, the federal government also disclosed that another 1000 Nigerians were discovered in the countries.

The Federal Commissioner, National Commission for Refugees Migrants and Internally Displaced Persons, Imaan Suleiman-Ibrahim, disclosed the statistics of stranded Nigerians in these countries awaiting government’s intervention to return back home.

The Commissioner, during the United Nations meeting, in New York, yesterday, disclosed that there is a presidential committee on repatriation in the North -East and the committee is saddled with responsibility of complementing the Technical Working Group on repatriation.

According to her, the plan to repatriate the affected Nigerians is spontaneous and provisions have also been made to take care of them when they return back to Nigeria.

“It is a process that has been ongoing, and we have started repatriation, we are experiencing involuntary returns from Nigerians in those countries.

“So, it’s going to happen before the end of Mr President’s tenure. We would have brought everybody back home and there is funding allocated for us.” she said.