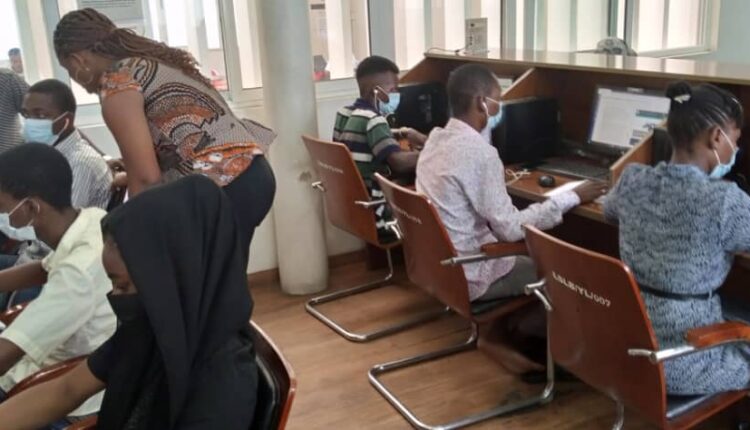 As a measure to protect investments of over 20 million Lagosians from cybercriminals as well as boost Nigeria’s ranking on the global cybersecurity index, the State Government has begun to equip youths with cyber security skills that prevent cyber losses.

Aside from cybersecurity, the state government was also empowering the youths with skills in digital marketing, entrepreneurship, Python and others that conform with trends in the 21st century.

Currently benefitting from the Lagos state government digital empowerment programme, Eko Digital Initiative, aimed at producing more tech-savvy Lagosians, were over 5,000 youths, especially varsity education seekers across the state, under the second phase of the programme.

Speaking on the programme yesterday, the Special Adviser to the Governor on Education, Tokunboh Wahab, said that the ongoing training was part of the government decision aimed at empowering youths and young students across primary and secondary schools within the state.

Tokunboh added that the training was the second phase of the three phases programme designed to build a system that ensures youths do not need to wait for employment rather they become employers of labour as well as solution providers for Nigeria especially Lagos State.

Phase one of the programmes is in-school which cater for schoolchildren in both public and private schools, Second phase is for the out-of-school; the varsity education seekers, and the third phase is the in-school.

He added that during phase one, schoolchildren from 720 public and private schools respectively were empowered with the required digital skills, building an army of pupils that were tech-savvy.

He said: “For next year, we are trying to do three phases. And that is the In-school (phase one), Out of school (phase two ) and the in-school (third phase). Our target is to ensure that at least 1million people benefit from the initiative”

On cybersecurity, the governor’s aide noted that the inclusion of the training in the inherited programme was aimed at deepening the entire empowerment exercise to become relevant and solution providers for 21st century Lagos.

He noted that the government designed the training in compliance with the National Cybersecurity Policy and Strategy (NCPS) and to also provide human capacity for the Economic and Financial Crimes Commission (EFCC) and Independent Corrupt Practices Commission (ICPC) in their anti-graft war.

According to him, there are a lot of things that we are doing backdoor that we cannot say publicly due to security reasons. And that is why all this government had been doing was to ensure the development of Lagos.

Part of it, the special adviser hinted was to ensure that different agencies and firms engage anyone certified under the programme in the state.

“We have told the consultants to help engage the best of the lots. And some of those that were training the new students were some that have graduated through the scheme.  And they are not doing this for free.

“We are also trying to ensure that some of the ICT companies engage them. We are not only going to give them that knowledge but also ensure that they could be fixed up in their chosen field”.

Earlier, Assistant Project Coordinator, LoftInc Allied Partners Limited, the organisation collaborating with the State Government on the programme, Olatokunbo Aiyenimelo, explained that the training was fully paid for by the government and that it also made the training easy for the trainees.

Aiyenimelo noted that aside from been an online skill acquisition programme, the government has also provided an avenue for the trainees to get computers, internet connectivity and other materials that would aid learning.

She disclosed that eight centres have been set aside for it and they include: Isolo Public library, Ilupeju, Rotary centre in Igbogbo axis of Ikorodu, Abesan Estate, Meiran, Yaba public library and Onikan.

According to her, they only come to the library if they do not have a laptop, internet, an Android phone which would assist them to learn effectively. And the Lagos state government has provided the facilities at the accredited libraries to aid their ability to learn.

She added: “It is a self-paced programme, meaning that the ability to assimilate will determine the students’ duration to learn the programme.

“This is the second phase of the programme and so far, we have had over 5,000 people that have registered for this phase two of the programme in the state. And we have two sessions for them daily, the first session starts at 9:30 am and ends at 11 am while the second session kick-off at 12 pm”.