50 research works on COVID-19, others get Lagos Govt. support 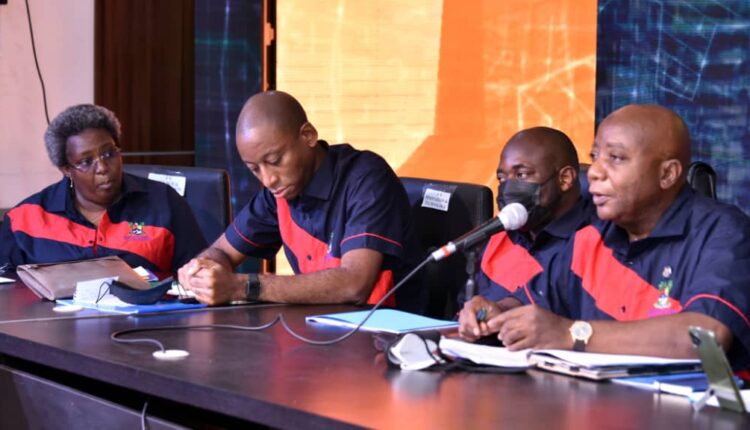 Share
No fewer than 50 research, Innovation and STEM Projects on Coronavirus management, Agric and Health technologies, Construction, Manufacturing and others were confirmed to have been funded by Lagos State Government in the last one year.
The state government said that the research and innovative works were funded through seed funds placed into the Lagos State Science Research and Innovation Council (LASRIC).
Announcing the funded research, the Commissioner for Science and Technology, Hakeem Fahm, who made this known while briefing the press at the Year 2021 Ministerial Press Briefing yesterday, stated that the government is interested to address technology shortfall across the state.
Among the projects funds was the collaboration with the University of Lagos (UNILAG) on development of a low cost rapidly deployable Ventilator (Ambuvent Ventilator) of a potential commercial value for the management of COVID-19 Pandemic crisis.
Fahm informed that other projects funded includes startups on COVID -19 intervention projects; startups on patent pending research initiatives; innovative startups in sectors such as Agric-Tech, Health-Tech, Construction and Manufacturing; among others.
The Commissioner recalled that, seven months into the tenure of this administration, the Governor had announced a N250 Million seed fund to boost Technological innovation and initiatives, in demonstration of the State’s commitment to developing Lagos into a 21st-century Digital Economy and Smart City.
‘Grants were awarded to successful applicants, the first set of beneficiaries selected to benefit from the Lagos State seed fund, in the fields of Innovation, Research and STEM in August 2020 where Innovators and tech start-ups were empowered with 100M innovation grants. This is part of the 250M grants for Science and Technology related ideas and initiatives’ Farm added.
He said that this grant is part of the six pillars of the development agenda of the Babajide Sanwo-Olu administration which includes fuelling technology-driven innovations to transform Lagos into a 21st century digital economy and Smart City.
The commissioner noted that Startup Lagos being the largest tech eco system, offer retail and institutional investors the opportunities of tapping into the vast potential of early-stage tech driven startup initiatives to blossom into regional and continental scale solutions to Africa’s diverse challenges.
Speaking on the LASG Campus Network Infrastructure, Fahm said The LASG Campus Network upgrade was implemented with a State of the Art Wifi Network (Wifi-6 devices) and an FTTPend to end network.
He added that the Network upgrade connects thousands of computers from all Ministeries, Departments and Agencies (MDAs) within and around the Secretariat for e-government operations.
‘It increased efficiencies within the MDAs; Online meetings and deliberations are a reality; It has enabled flexible working patterns; Enabled E-learning across Campus; Implementation of online staff audit; while at the same time stabilizing its ICT environments and Improved Online Collaborative Solutions’.