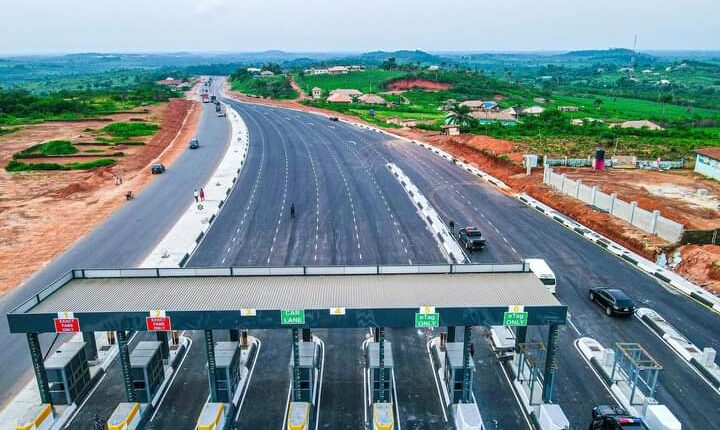 Share
A House of Representatives aspirant for Ijebu North, Ijebu East, and Ogun Waterside federal constituency, Damilola Otubanjo, has commended Ogun State Governor, Dapo Abiodun, over the completion of 42-kilometer Sagamu Interchange–Abeokuta dual carriageway, and other projects, describing them as major economic boosters.
Other projects completed by the governor were the new Kobape Housing Estate sited along the Sagamu-Abeokuta Interchange, and the first phase of Kings Court  Estate, Abeokuta, developed by the Ogun State Property and Investment Corporation (OPIC).
The aspirant, an engineer and fashion enthusiast, has described the projects to be commissioned by President Muhammadu Buhari as a dividend of true governance by the All Progressives Congress (APC), the party she also belong to.
Otubanjo, who is also a philanthropist, stressed that the projects remain facilities that meet the yearnings of both indigenes and non-indigenes in the state and would increase their earnings.
The House of Representative aspirant, who gave the commendation yesterday during the President’s one-day working visit and project commissioning ceremony, stated that the governor’s amazing stewardship could not be ignored.
While describing Governor Abiodun as one who has considered welfare and commerce as important needs, the young entrepreneur noted that he has been instrumental in boosting the standard of living through the completion of key landmark projects across Ogun.
Otubanjo explained that the Sagamu interchange-Abeokuta road would reduce travel time and ease the movement of goods and services from factories across the state, saying this is a landmark road network that must be commended.
On the housing project, she disclosed that the Kobape Estate indicated the governor’s drive to reduce the housing deficit and ensure the urbanization of the state, adding that the beneficiaries of these drives would always be the people he has chosen to serve.
“As a citizen of the state at this proud moment in development, I, Damilola Otubanjo, key into these projects and commend my Governor, Dapo Abiodun, on such worthy steps of the Colossus of development we are blessed with and I promise to avail myself in service to my Governor and state”, she added.