Why Salah doesn’t pass ball to other Liverpool players –… 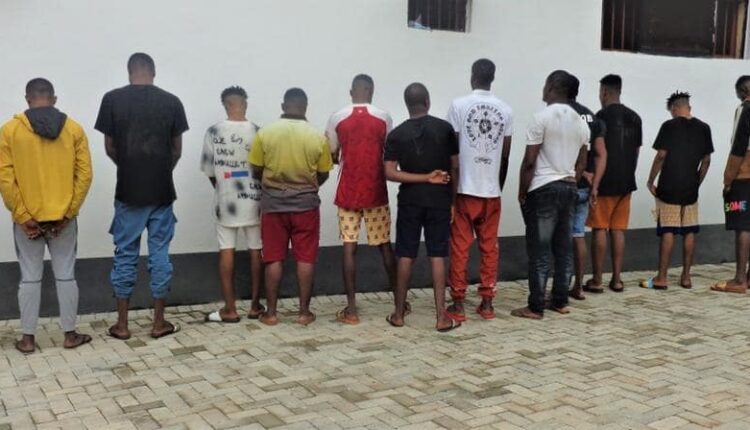 No fewer than 41 suspected fraudsters have been arrested and detained by the Economic and Financial Crimes Commission (EFCC) for their alleged involvement in exploiting the internet to defraud unsuspecting members of the public in Nigeria and abroad.

As gathered, the suspects were arrested by EFCC operatives during separate anti-fraud operations in Owerri, Imo State, and Abuja, Federal Capital Territory on Thursday.

It was gathered that their arrest followed credible intelligence received by the anti-graft agency on the suspects’ involvement in cybercrime and other shady deals.

Two vehicles (Corolla LE and Venza SUV), four laptops, and fourteen mobile phones were recovered from them. The EFCC noted that the suspects would be charged to court as soon as investigations are concluded.